French rockers BlackRain have enlisted the services of Kissin’ Dynamite frontman Hannes Braun to produce their next studio album. 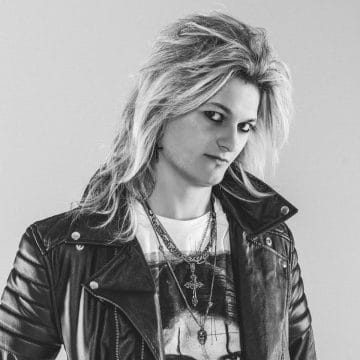 “Do you recognize our friend Hannes Braun? Did you know that not only he is a great singer and showman in Kissin’ Dynamite but also a killer studio producer?!

Here he is in action at Südland Music, busy givin BlackRain the best sound we ever had, the mixes are sick good, just FAT!!

Sleaze Roxx stated the following in its review of BlackRain‘s last album Dying Breed, which Sleaze Roxx understands did not involve Braun as a producer: “Overall, BlackRain‘s Dying Breed has turned out to be one of the most pleasant surprises of the year for me. I had very low expectations for Dying Breed but the first few singles / videos got me interested to the point that I purchased the record and it is now one of my sleaze album releases of the year. That being said, I will say that the production isn’t that great on Dying Breed and I can just imagine how much better that the record would be with a more bombastic sound.”

Interestingly enough, Sleaze Roxx noted the following in its review of Kissin’ Dynamite‘s album Ecstasy, which finished at #2 on the Sleaze Roxx’s Top Ten Albums of 2018: “Hannes Braun is apparently a man of many talents as he handled the production on Ecstasy and did a fantastic job as the record sounds really good.”

BlackRain‘s “A Call From The Inside” video (from Dying Breed album):