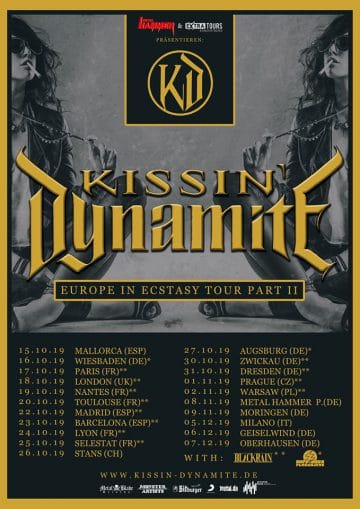 Great news for fans of German stadium rockers Kissin’ Dynamite and whomever missed them on their highly successful Europe In Ecstasy Tour earlier this year as the band will be embarking on the Europe In Ecstasy Tour Part II starting in Mallorca, Spain on October 15, 2019. The tour will also include French rockers Black Rain and German rockers Supernova Plasmajets.

Sleaze Roxx stated the following of that latter finish: