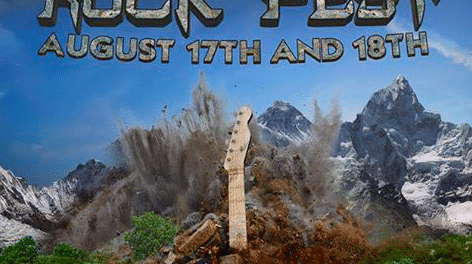 Big news for Kivel Records as the record label is celebrating its 20th year anniversary in style with the first ever New England Rock Fest, which will be held at Chicopee, Massachusetts, USA on August 17 and 18, 2018. The apparently one-time rock festival will have 12 bands consisting of past and present Kivel Records artists including Tango Down (whose last studio album Bulletproof finished #2 on the Sleaze Roxx’s Top Ten Albums of 2016), Bombay Black, The Rumours, Romeo Riot and SteelCity. 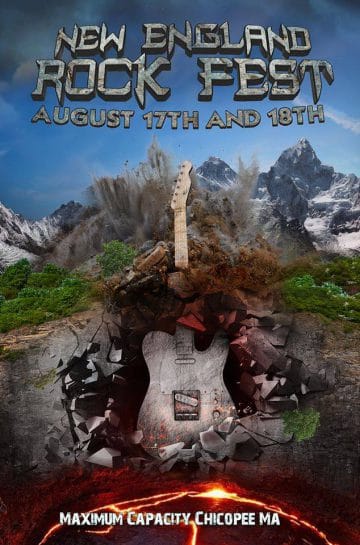 “So, every year for the last seven years, I have thrown a summer BBQ for the Kivel Records family. Everyone on the label that can make it is welcome to show up, drink, eat, mingle and hang in my home with my family and their label mates.

It is always a good time that runs late into the evening. Fun and laughs (some at my welcomed expense) are enjoyed. I do this every year with a smile and at the expense of our wallet and stressing my wife to the point she considers killing me.

This year is Kivel Records TWENTIETH ANNIVERSARY!!! So, we are going to celebrate with not some lil barbeque in my backyard. We are going to do a two-day event 12 Bands; one weekend and god knows what else.

So, Fri August 17th and Sat August 18th at Maximum Capacity in Chicopee Ma it happens. We celebrate 20 years of successful Mediocrity! HA

So what are we going to call this shin dig? K-FEST was taken (who knew) Not calling it Kivel Fest (not that prestigious lol) Well it’s going to be in New England….sooooo NEW ENGLAND ROCK FEST. Why not? Simple and easy

Now who is on the bill you ask? Well….. Some of the best of our stable through the years, with representation of Past and Present Kivel Artists.

So heres the line up in no particular order! MORE acts TBA soon

1. Bombay Black – One of our baddest bunch and the backbone of the label. No party is complete without the bad assery of Bombay Black

2. The Great Affairs– New to the label, but not to delivering good ol fashioned Rock music. Fans of Aerosmith, Cheap Trick and Black Crows. This is a band for you to see and hear

3. Tango Down– Can’t throw a Kivel event without Tango Down.

4. SteelCity– Their new album Fortress drops this Fri and is arena rock at it’s best.

5. The Rumours – The newest addition to the Kivel Records family. Their youth is like a giant energizer battery on stage. A Band that has to be seen live. Don’t let the fact the band has two females fool you. The girls rock just as hard as the guys in the band!

6. Romeo Riot– The all stars of the label. Made up of members of Bombay Black, Tango Down, along with the original voice of Farcry and Jace Pawlak. These guys delivered one of the most talked about albums in our market. Now come see them LIVE.

7. Smilek – We promised some Old school and we couldn’t be happier with the inclusion of SMILEK. Come see Marty and co take you back down the Sentimental High way

8. Pyn Siren – BOOM! This just happen. More Old School from the early Kivel years. Pyn Siren is going to do a one time show and revisit the Slave to the Master album. Possibly the heaviest and hardest hitting band Kivel Records has ever had is going to show people they still can deliver on a stage with this rare show

We are not trying to throw our hat in the festival ring. We are not trying to compete with any of the many great events and festivals out there. We want to have some fun, throw a party and give our loyal customer base a chance to see some of our best bands just for one weekend. Never going to get a chance like this to support the genre, the scene and these bands and this label. Check the baggage at the door and just come and have some fun for under $100 !!!!

Ordering info and event hotel info will be announced next week.