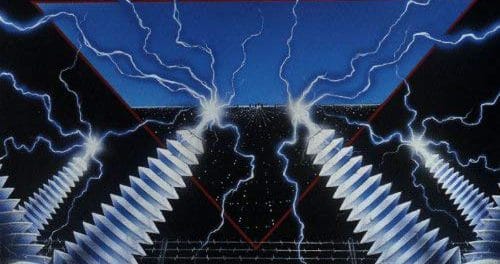 KIX frontman Steve Whiteman was recently interviewed by Matt Wake for Metal Edge. The interview focused partly on KIX‘s breakthrough ballad “Don’t Close Your Eyes” which was on the Blow My Fuse album that was released back on September 19, 1988. 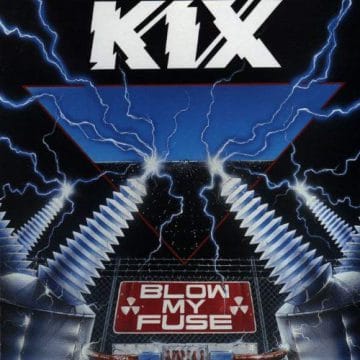 Whiteman was asked was whether KIX got the feeling that even if the record company had mishandled their previous album, Blow My Fuse was so good that there was no way it would be denied, to which he replied: “Honestly, we didn’t know. We’d been disappointed three times before, so we were just hopeful that this was the one. We knew we had the material. And honestly, I think if it wasn’t for MTV, that record company probably wouldn’t have pursued it as hard as they did. The other thing, and I’ve told this story before, but when we were out on the road with Great White and Tesla, Great White’s manager, whose name escapes me now for some reason…”

Upon being reminded that Great White‘s manager at the time was Alan Niven (who also managed Guns N’ Roses early on), Whiteman added: “Thank you. He was on the side of the stage watching our show and when we came offstage he said, “What was that ballad you guys played?” And we told him. He said, “I’m gonna call [label executive] Doug Morris at Atlantic Records and he needs to put that out. That’s a single.” And that’s what he did. He called Doug Morris and Atlantic Records and next week we’re filming a video for “Don’t Close Your Eyes.” That’s the one that really catapulted the album. I mean “Cold Blood” did well and “Blow My Fuse” did well, but “Don’t Close Your Eyes” put it over the top.”

You can read the rest of the interview with Steve Whiteman at Metal Edge‘s website.