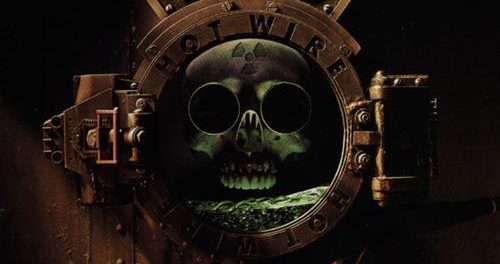 The following “sarcastic” message was posted on Kix‘s Facebook page to commemorate the 25th year anniversary of their album Hot Wire and the support their received from their record label Atlantic at the time: “And the music video from Hot Wire that was shot and never released. Thanks Atlantic Records for your support! Happy 25th Birthday Hot Wire!” 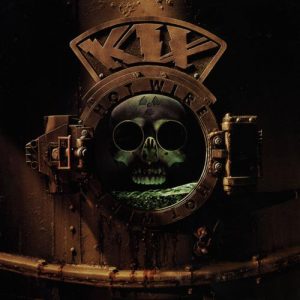 Kix‘s frontman Steve Whiteman was interviewed by RockRevolt about a year ago and blamed Atlantic for Kix not getting to that next level as bands such as Ratt and Cinderella:

“It was definitely the label because Atlantic Records definitely didn’t know what the hell to do with us. Until the fourth album and through our relentless effort to tour, get the word out on us and play in front of an audience, we were on our own dime. I mean, they just didn’t have a clue as to what we were all about and after Midnight Dynamite, which at that point we considered just another flop record because they did shit to promote it. We were just determined because we were proud of that record and we wanted to go out and hit people who had never seen us or heard us before. We could play from Boston to Miami and make a shit ton of money because those were the rooms we had conquered and had a massive fan base. We started doing that and banking all the money, and then go out and play Cincinnati, Cleveland, Chicago, Detroit and play all of those areas. We’d come home back home, make more money and go back out again to hit more markets and make it to the West coast. By the time a year and a half to two years had gone by, we were relentless and on a crusade to get our name out there. By the time we were ready to start on our fourth album, Midnight Dynamite was approaching gold and that was only because of our hard work and nothing that Atlantic did. We were setting ourselves up for a big record with the material that we had for Blow My Fuse and the relentless work of us going out there and never saying die.”

…In 1988, Kix went back into the studio to record more of Donnie Purnell‘s songs. Later that year they released Blow My Fuse, and finally achieved fame as it went platinum. The power ballad “Don’t Close Your Eyes”—containing anti-suicide lyrics—led the way (peaking at No. 11 on the Billboard Hot 100). The album featured the singles “Cold Blood” and “Blow My Fuse”, along with videos showing the band in concert at Hammerjack‘s. In 1989, the band released Blow My Fuse: The Videos, with their videos and behind-the-scenes footage. As Kix finally graduated to arenas, opening for Ratt.

The album Hot Wire arrived in 1991, with the single “Girl Money”. In 1992, guitarist Jimi K. Bones replaced Brian “Damage” Forsythe. While on tour in 1992, they made a live album, titled Live at the University of Maryland, College Park. This album, internally referred to as Contractual Obligation Live, was released in 1993. In 1994 Atlantic dropped the band from that label…”

Kix‘s “Tear Down The Walls” video:

kix – tear down the walls