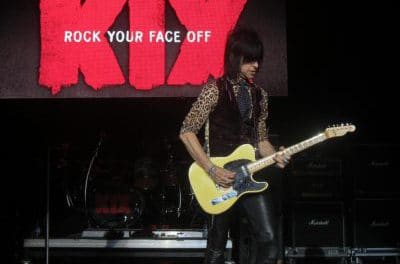 Kix guitarist Brian “Damage” Forsythe was recently interviewed by Original Rock and was asked about his high and low points in his music career. 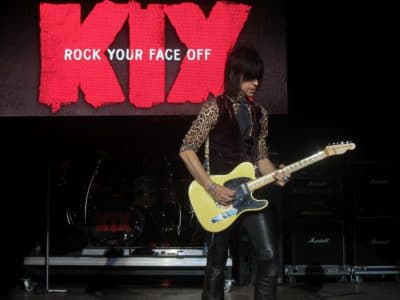 Forsythe replied: “My whole career overall could be considered a high point! I’ve definitely been blessed to be able to play music as a career! But to be more specific, of course things like having “Don’t Close Your Eyes” go to number 11 on the charts was a high point. Pretty much every time I step out on stage and see all the faces looking up at us, is a high point. Maybe my highest point hasn’t happened yet! As far a low point, for me personally it was at the end of the 1990s when I found myself in jail as a result of drug addiction. But even that turned into something good, and I’ve been sober since April Fool’s Day 1998!”

In terms of how he feels about downloading music, Forsythe stated: “I know it is new technology, but I feel there was an anticipation waiting for the release date, then going in person to buy records/cassettes, for me that sentiment has been diminished. Yes, things have changed! The downloading thing definitely takes the fanfare out of a release date. It’s also harder to keep track of everything as far as the business side of things. When I get my BMI statement and see a song has been played close to 12,000 times and then look and see that I got paid 11cents for that, it’s disheartening. I’ll still buy the physical CD if I really like a band. I like having the artwork and song info which you don’t get when downloading.”

You can read the rest of the interview with Forsythe at Original Rock.