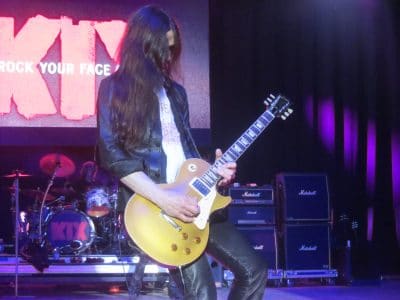 An unnamed source has reported to Sleaze Roxx that Kix‘s long-time guitarist Ronnie “10/10” Younkins, who has battled substance abuse problems in the past, went missing for Kix‘s concert at the Hummels Wharf Fire Company at Hummels Wharf, Pennsylvania, USA on March 25, 2017 but was later found and returned home. Kix‘s frontman Steve Whiteman reportedly announced to the crowd at Hummels Wharf Fire Company last night that Younkins was missing. It has been reported that a missing person’s report had been put out to find Younkins.

The following is a recent excerpt from TMZ on Younkins‘ disappearance and confirming the story from Sleaze Roxx‘s unnamed source: 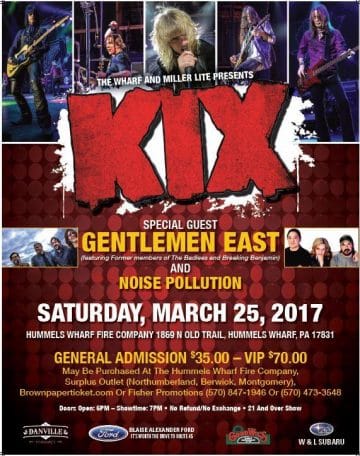 “The remaining Kix band members went on to play the show at the Hummel’s Wharf Fire Company, and broke the news to the crowd.

We’re told the band was incredibly worried … for good reason.

Younkins has a history of substance abuse — he went to rehab for alcohol in 2015.

Ronnie was found Sunday morning “not in great condition and very upset.” It’s unclear what happened.”

Younkins‘ substance abuse problems date back a long time ago and Kix have remained loyal to him despite some bumps in the road. The guitarist was replaced with Brad Divens back in 1982-83 due to his addiction issues as Whiteman explained to Sleaze Roxx in an interview back in July 2015: “Ronnie has an addictive personality. Ronnie has had his battles with drug problems throughout his life and at that point, he was of no good to us so we had to find a replacement for that period of time. Brad was a young guy in the area and we moulded him into what we needed for another guitar player. So he came in and did a great job and recorded ‘Cool Kids’ with us. And then we got wind that Ronnie had recovered and gotten better. It just felt weird not having Ronnie in the band. So when we knew that he was ready to come back, we got him back and cut Brad loose and set him off to — what’s the name of the band — Wrathchild America was his next band. And he did quite well after that.”