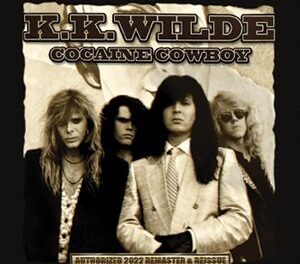 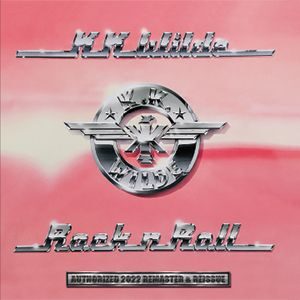 “KK Wilde – one of the greatest bands you may never heard of from the 80’s/90’s Sunset Strip.

Every band has their sordid Sunset Strip stories and KK Wilde is amongst the best of the batch; having been looked at by every major record label (and eventually being signed to Warner Brothers Records) to high profile live shows (starting with their very first gig at the Whisky A Go-Go) to having their music played in television (Life Goes On) and 2 songs in the movie Showdown In Little Tokyo to scoring endorsement deals with Charvel Guitars and Bedrock Amps.

The creation of the band KK Wilde began in 1989, when local LA band, Kid Curry; comprised of vocalist/songwriter Kris Kurry and guitarist Eddie Wilde set out to take Hollywood and eventually the rest of the world by storm.

Early on, Kris and Eddie, had been in development talks with Epic Records before deciding to freshen up the lineup with bassist Steve Scott and nineteen-year-old Brian Black (who arrived to the audition with his cymbals in a pizza warmer).

Airplay of the first song on the CD, “Ain’t No Doubt” was in high demand and so began the process of support performances.  A tour bus was acquired, and a vigorous schedule of cross country shows ensued (oh the stories they could tell and would plead guilty to). During this time, Kris and the band started writing new material which would become the second CD, Cocaine Cowboy, which was recorded in 1991.

Over the years, KK Wilde put out two releases. Rock n Roll (a truly underrated gem from the late 80’s) and Cocaine Cowboy which is hard to as hell to find (commands hundreds and hundreds of dollars if a copy shows up on ebay). Platinum Records released a limited run of Cocaine Cowboy CDs to keep the buzz going. Just as things were really heating up, Nirvana released their album, “Nevermind” and Los Angeles bands were abandoned for their Seattle counterparts.

FnA Records is ecstatic to release both very allusive albums, Rock n Roll (1989) and Cocaine Cowboy (1991). Both are Remastered and pressed on silver CD.  Each album will be sold separately or in a lower-priced package deal. Digital Downloads will be available as well as T-shirts from both albums.” 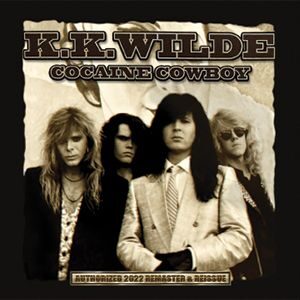