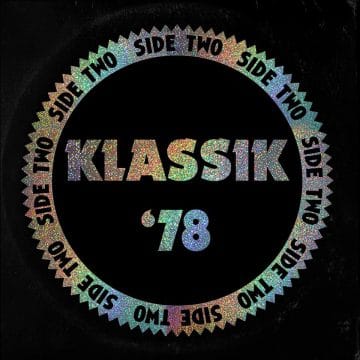 Sleaze Roxx interviewed band members Tom, Rory and Joe from Klassik ’78 back in April 2018 and asked them whether they ended up focusing on the songs from side four of Alive II.

Tom replied: “Songs like “Standing Tall” and “American Made” were definitely inspired by side 4 of Alive II but Klassik ’78 is equally rooted in Dressed To Kill, Rock And Roll Over, Love Gun and some of the 1978 solo albums. For instance, “Please N’ Tease” is very Rock And Roll Over. “World On Fire” has some Destroyer and Love Gun album vibes to it. “Streetwise” is very Ace 1978 solo album. So we actually draw from all of the KISS albums from 1974 through 1978.”

Rory added: “Standing Tall” — from the minute the guitar track kicks in — it screams “All American Man” from side 4 of KISS’ Alive II. “Passion And Love” has a sexy rock riff that takes me back to Rock And Roll Over and “Mr Speed” in 1976. “Jendell” is probably my favorite off of Side Two. Its quintessential Ace. I firmly believe it’s a song Ace wishes he came up with. Musically, it’s a mixture of “Shock Me” sprinkled with pieces from Ace’s ’78 solo album.”

Joe opined: “For me, “Hot On Her Heels” reminds me of something off of Rock And Roll Over. “Ain’t No Fool” has a Dressed To Kill feel to it. I think the production is just as important as the songwriting. We listen objectively as we record our parts and if something doesn’t feel like 70’s KISS, we get rid of it.”