Klassik ’78 — the band that sounds more like vintage ’70s KISS than the actual KISS — have released a performance video for their song “Standing Tall” from their EP Side One.

Sleaze Roxx interviewed band members Tom, Rory and Joe from Klassik ’78 back in April 2018 and asked them how they sound so much like vintage era ’78 KISS. 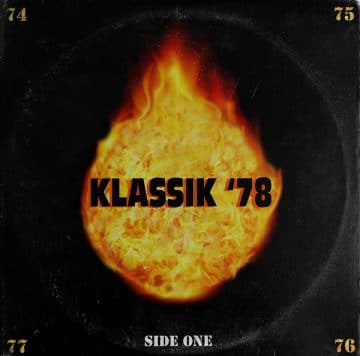 Tom replied: The rules were clear, try to write really strong 70’s KISS styled songs that sound and feel exactly like 70’s KISS lyrically and musically. Any lyrical or musical part that did not fit that criteria was tossed aside. More KISS and less us. The songs had to be solid with good hooks. Recording wise, we made sure the drums sounded like drums and that the guitar and bass tones were similar to the tones on ‘Rock And Roll Over’, ‘Dressed To Kill’ and side 4 of ‘Alive II’. We also did our best to make sure the vocals were as close to Paul, Gene, Ace and Peter as we could get them. We had to capture the overall personality of the original KISS line-up. We weren’t just slapping riffs, lyrics and parts together. We worked hard on making sure the songs and the performances were strong and convincing. It was challenging, but whenever we listened back to a track and smiled, we knew we had the right stuff.”

Joe added: “Whenever I have a Klassik ’78 recording session coming up, I prepare a little by listening to some of the core albums like ‘Love Gun’, ‘Rock And Roll Over’, etc and make note of Paul’s vocal habits. However, for the most part, it comes pretty naturally. I’ve always loved singing Paul’s tunes and now it’s pretty awesome that I’m able to pay tribute to him in my own way.”

Rory opined: “To me, Peter’s drumming was like capturing lightning in a bottle. One minute, he’s tossing a big band vibe at you. Then the next minute, he’s going balls to the wall such as the case on ‘Alive!’. Tom and I were both in the same KISS tribute band a few years prior to this project. We developed a lot of our [respective] character’s styles and actions rehearsing for those gigs. I actually met Peter for the first time last June at his final live performance. It was the equivalent of meeting my “musical Pope.” I tried very hard not to go “fanboy” but I told him I was also a drummer and about 20 years his junior and that his playing put me to shame that night. His response? “Aww bullshit” to which we both smiled and laughed. Without Peter in my life, my playing would have been vastly different I feel.”

KLASSIK ’78: “STANDING TALL” performance video – 2018. Written and performed by: KLASSIK ’78. A live arrangement of the song and a tip of the hat to Th…