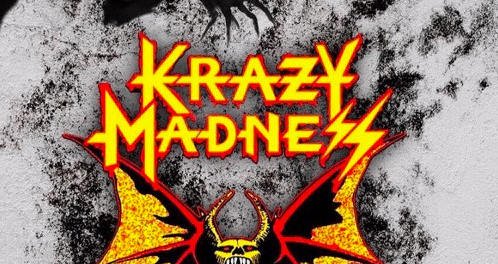 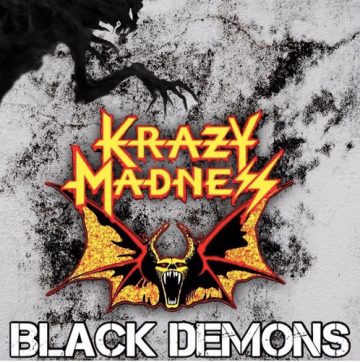 ***Martin is an extremely experienced drummer who started by playing Heavy Metal when he was very young, very versatile and creative… He has played in many different projects over the years, and he has played for many great acts, and he is as steady as a heartbeat… He can keep a beat on any types of drums, bongos, percussions in any style of music. A real spiritual person and most dedicated and steadiest drummer known to mankind! Martin is the heartbeat of Krazy Madness!

***Kelsey (m) was born in Quebec city on Halloween Oct. 31, 1995. Kelsey‘s favorite bassman is Mr. Rudy Sarzo and Geezer Butler… He has been playing bass for 9 years and guitar for 10 years… Rudy has signed his bass and said: “I wanna see Kelsey on VH1 in 10 years!” Kelsey had the honor of meeting Rudy Sarzo and they are now good buds.

***Mike ‘Rock Manly’ is the new guy but not for long, extremely experienced touring musician, played across the land for years and loves his guitar Odin, inspired by Jimmy Page, Ritchie Blackmore, Randy Rhoads and Zakk Wylde… Loves the bluesy hard rock and metal.

***Dad‘s resume is very long… 420 is my # and Zakk Wylde my brother… Inspiration and mentor!!! GI/FD. I was born in Quebec city on April 9th, 1971, been playing music since I was 14. All I have to say is:”Zakk Wylde & Ozzy saved me and the world!” I love my wife and kids and we are gonna rock you as Krazy Madness for generations to come to infinity! Long after I’m gone, the kids of my kids and their kids too will be Krazy Madness…What are you gonna do about it? Bang your head!