Canadian old school rockers Krazy Madness have released a video for their track “Can’t Get You Off Of My Mind.” 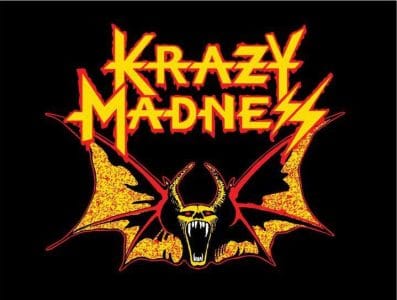 The band’s “Story” on its Facebook page states in part (with slight edits):

“Krazy Madness is an Old S’Kool Rock n’ Roll, Klassic metal band with family feel. The energy Krazy Madness creates, definitely excites all ages. The music performed resonates with all generations. Krazy Madness performs timeless popular music from the 60s, 70s, 80s, in the hard rock genre. It is the same music played on Klassic Rock radio stations & during hockey games & sports events. Krazy Madness performs the songs that drivers krank on their radios with the windows down, pedal to the metal rollin’ down the highway!

KRAZY MADNESS ‘Can’t Get You Off Of My Mind’ (Official Music video)A KRAZY MADNESS original song from our EP ‘Just For The Hell Of It!’https://www.facebook….