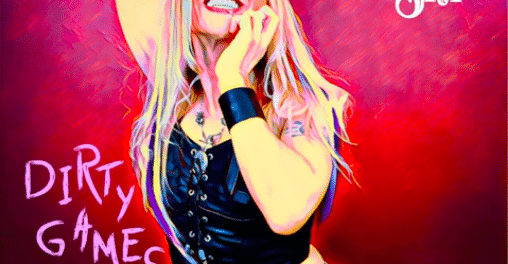 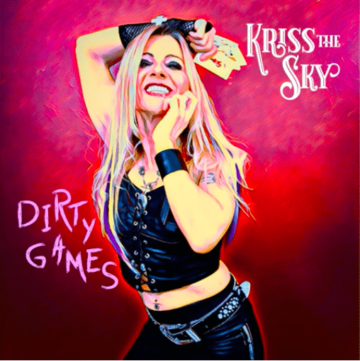 “Saskatchewan’s veteran rocker, Kristina Gasparic-Block, is taking no shit with her latest single “Dirty Games.” Backed up by her multi-instrumental classic alt-rock project, Kriss The Sky, Kristina is calling out those who are disrespectful towards women.

With powerful, gritty lead vocals, the track is some high-octane rock n’ roll, similar to an old-school Mötley Crüe or AC/DC track. There are a few face-melting guitar solos, heavy rock chords, bombastic drums, and a raucous organ solo played by Kristina.

As a woman fronting a rock band she knows she must work harder than her male counterparts to get noticed in the musical world—especially in the classic rock genre, a genre that has been dominated by men for decades.

“I speak for all women in saying I want to show the world that we are strong and won’t tolerate disrespect in any situation. This song has attitude,” Kristina says.

The “Dirty Games” chorus is also one you’ll be chanting for hours after your first listen. It’s a song with a message that will make you feel like you can take on anything in the world.

“The lyrics of this single should release listeners’ playful but sinister side,” Kristina says.

Kriss The Sky, a multi-genre rock project, is the brainchild of Kristina Gasparic-Block. As the songwriter, lead vocalist, keyboardist, and rhythm guitarist, Kristina fuels Kriss The Sky with her dramatic vocals, piano-keyboard orchestrations, and entertaining stage performances while her bandmates complement and support her various styles.

Of Croatian descent, Kristina grew up playing crossover music with her family in various venues and festivals across the Canadian prairie provinces. She went on to earn her Bachelor of Music Education with a major in Piano and a minor in Drama.

Formerly under the name, Sonic Orchid, Kristina released two albums of original music in the hard rock genre and toured Western Canada with her bandmates, also covering a variety of rock artists such as Heart, AC/DC, Blondie, and Iron Maiden.

As Kriss The Sky, Kristina records her original works and cover arrangements as a solo artist as well as with her bandmates and other talented musicians. With the union between Kristina’s piano/keyboard orchestrations and her various voices, Kristina’s music touches upon many levels and is touted as a new multi-genre alt-rock.

Kriss The Sky continues to be active with performances across the prairies and will continue to release original and cover arrangements. They are planning an EP release in 2023 and a more acoustic/piano arrangement for Fall 2022.”