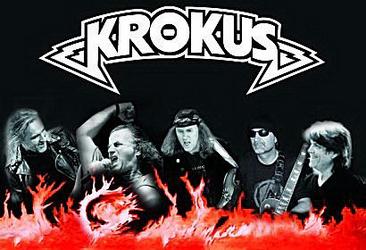 KROKUS has finished recording the yet untitled forthcoming new CD release. Producer and founding KROKUS member Chris Von Rohr is feverishly mixing and putting the final touches to the first CD of the originals after an over 20 year hiatus.

Also, KROKUS have been confirmed as co-headliners of next year’s “Bang Your Head” Festival in Balingen, Germany. Their appearance on July 16th, 2010 celebrates the festivals 15th anniversary. For tickets and more info visit their link on the TOUR page.

KROKUS wishes all their fans a Happy Holiday Season and thank them for their loyalty and support. Have a rockin’ X-mas!