Krokus founder and bassist Chris Von Rohr was recently interviewed by Appetite For Disruption and disclosed some of his own personal plans as well as what the Swiss hard rockers are up to in addition to embarking on their farewell Adios Amigos World Tour in 2019. 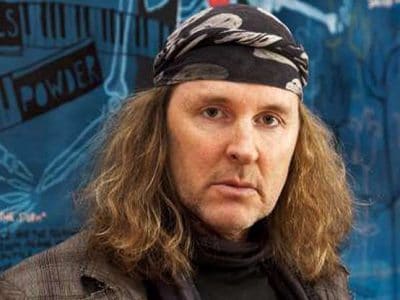 “We are about to write some new songs. We are preparing our farewell tour because we want to stop on top, make it a great goodbye, still in full steam, full power. I’m writing my memoir, a big, big story; ‘Heaven, Hell And Rock & Roll‘ will be the title. This will be out next year.”

Sleaze Roxx stated the following in its review of Krokus‘ 2010 released studio album Hoodoo, which reached platinum level sales in Switzerland: “There are plenty of people out there who will write Hoodoo off for the simple fact that it was released by Krokus, but my advice is to completely ignore them. Krokus has recorded a stellar album here, a CD that is every bit as good as Hellraiser, and then some! The band members are sporting quite a few more gray hairs these days, but the attitude, drive and musicianship screams 1980.”