KXM consisting of guitarist George Lynch, lead vocalist and bassist dUg Pinnick and drummer Ray Luzier have released another video in support of their third studio album Circle of Dolls, which will be released via Rat Pak Records on September 13, 2019. 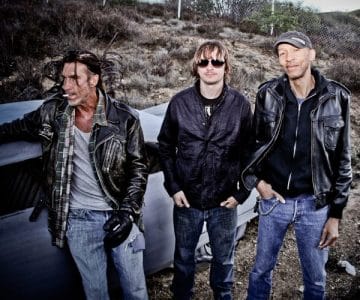 Amazon states the following about KXM‘s upcoming new album: “Building upon the success of their 2014 self-titled debut and 2017’s Scatterbrain, KXM returns with their third studio release, Circle Of Dolls. KXM is comprised of Dug Pinnick of King’s X on vocals/bass, George Lynch of Lynch Mob/Dokken on guitars and Ray Luzier, of Korn on drums. Circle Of Dolls features 13 brand new tracks and was recorded at the Steakhouse studio in North Hollywood California where the band once again tapped Chris “The Wizard” Collier to engineer and co-produce the new effort.”

Subscribe here for more videos – http://radi.al/SubscribeFrontiers | From the album “Circle Of Dolls”. Get your copy NOW: EU: http://radi.al/CircleOfDolls |…