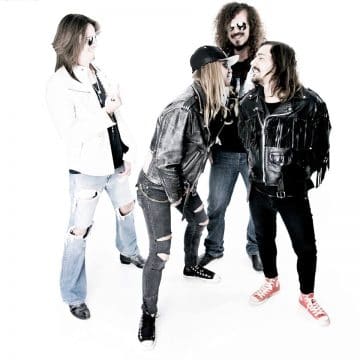 Speaking exclusively to Sleaze Roxx, L.A. Cobra‘s frontman Don Cobra explained why the band covered Europe‘s signature song in the first place: “We covered it at a huge festival live in 2006 called Oppi Koppi to re-introduce 80’s rock to the South African crowd we saw it as a stepping stone as it was very energetic. Back then you had the metal heads and the commercial crowd. So for us it was middle ground to bring them all together. The response was was amazing so we decided to do it for our next album. We’re also huge fans of the Swedish rock scene in general as bands like Crashdïet and Hardcore Superstar and emerged the same time we started in 2005.”

Back on July 28, 2016, Sleaze Roxx premiered L.A. Cobra‘s video for their new song “Rock n Roll Pretoria” from their forthcoming new album Shotgun Slinger, which is still to be released.

If Sweden can’t come to the wild, we’ll bring the wild to Sweden.L.A. Cobra could be representing South Africa at the Sweden Rock Festival this year but we n…