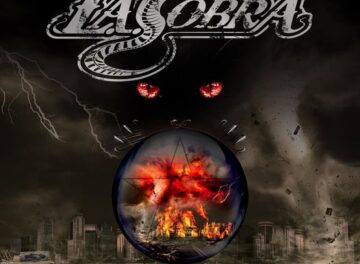 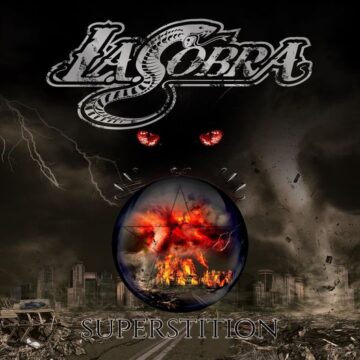 In an interview with Jerzy Nykiel for Sleaze Roxx, three of the four L.A. Cobra members were asked whether the new album Superstition has a darker more sinister vibe than the previous record Shotgun Slinger.

Slade replied: “You’re absolutely correct. I think lyrically, and you can read the lyrics in the album booklet, it’s much more personal and I think it’s sort of reflective. I mean, we didn’t go out and write about Covid directly, but it had an effect on everyone. So the lyrics, I think, on all of the songs on ‘Superstition’, are darker. It sort of reflects the time, not, you know, exactly what happened, but the time. We all went through some stuff during that time and you can see it in the lyrics as well. But we spent a lot more time focusing on making the lyrics a lot more meaningful, I think. The album is darker and that’s good. We’re not trying to be evil [laughs] but the subject matter is darker. It’s cool that you picked that up as well.”