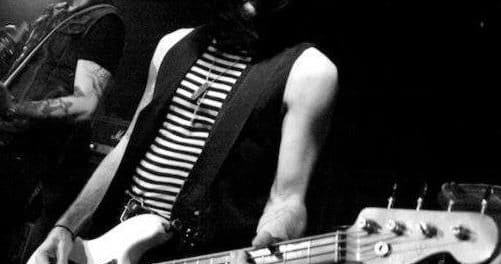 After The Raskins‘ band member Logan Raskin seemingly accused L.A. Guns of copying their song “Scream Out Loud” from their self-titled album released in 2014 with the latter’s new track “Baby Gotta Fever” from The Missing Peace album, current L.A. Guns and former The Raskins bassist Johnny Martin fired back 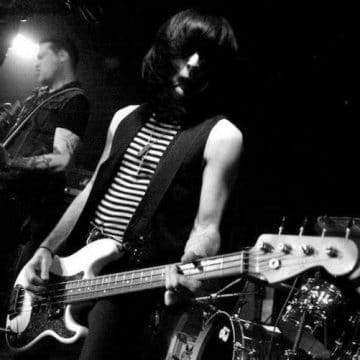 stating that he wrote the entire music to the song in question.

“L.A. Guns just released a new single. Is it me or Is this the exact same music from The Raskins Song “Scream Out Loud” released In 2014 on our debut album.”

Raskin went on to state: “I mean i heard of writers block but this is ridiculous.

If L.A Guns needs anymore more songs let us know we got hundreds…”

Martin left some comments after Sleaze Roxx‘s Facebook post with respect to its article titled The Raskins claim L.A. Guns’ new song “Baby Gotta Fever” has same music as one of their 2014 songs, which was posted yesterday evening: 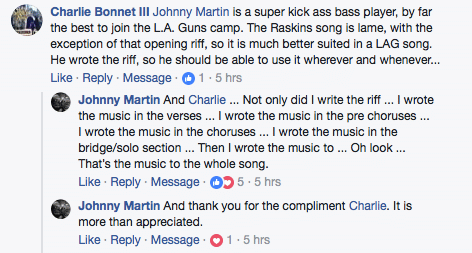 The Raskins‘ “Scream Out Loud” video: