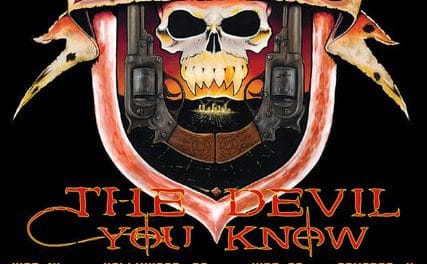 L.A. Guns featuring lead vocalist Phil Lewis and guitarist Tracii Guns continue their unrelenting touring behind their latest studio album The Devil You Know, which was released earlier this year. 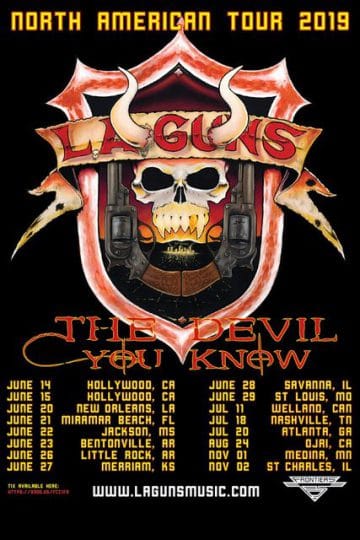 Sleaze Roxx stated the following in its review of the band’s The Devil You Know Tour stop at the Beacon Theatre in Hopewell, Virginia, USA back in April 2019:

“The second they take the stage, you can feel the energy of this band. You can see the confidence on Phil Lewis’ face and you can tell that each one of them is truly enjoying themselves. Phil’s voice actually sounds even better today than it ever has. He doesn’t shy away from the high notes. As a matter of fact, not only does the new record have him singing higher than he has before, live, he often takes liberties with some songs and belts out even higher notes. It’s a proven fact that, physically, a man’s vocal range decreases with age so I’m not quite sure how Phil Lewis is pulling this off but I am amazed that he is.

Tracii Guns is a true guitarist. When his pick hits the strings, everyone knows it’s Tracii. His definitive guitar sound, riffs and chord choices create a sound that is identifiable. It’s actually exciting for us, in the audience when he tears into things like the initial riff in “Electric Gypsy”! We experience that ‘stomach dropping’ feel that we get on a roller coaster. Watching him play, you know that Traciiactually feels these songs! They are so much a part of him that you don’t see him posing, you see him playing and those ‘poses’ just seem to take their shape around him. He and Phil end up sharing a mic quite often with Tracii singing a harmony or a background vocal between Phil’s lead vocal lines. It’s fun to watch the interaction between these two.”