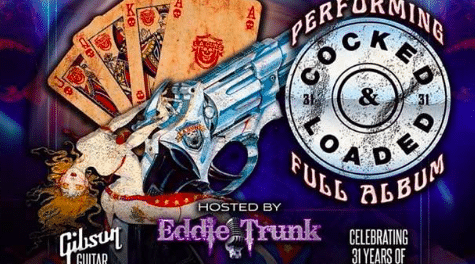 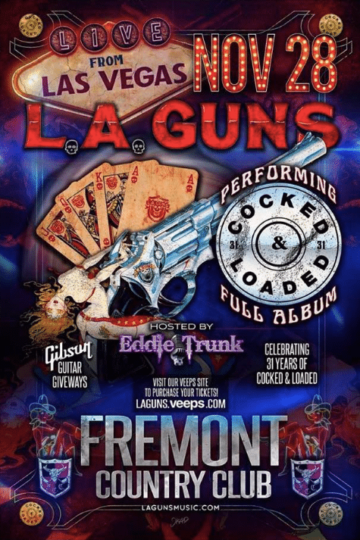 The following message was posted on the band’s Facebook page earlier today:

Sleaze Roxx stated the following in its review of the album Cocked & Loaded: “Some would say the album is a tad overproduced… too slick for the material. That may be, but boy does it sound beautiful. Every riff, bass note, hi-hat flourish pops hard. I have always contended that Extreme’s Pornograffiti was one of the best productions of the era, but Cocked And Loaded sure comes close. I love how the album kicks off with “Letting Go.” At just over a minute, the track tells you exactly what to expect over the next 55 minutes. Seamlessly mixing into “Slap In The Face”, the sleaze is dripping out of the speakers. And doesn’t “Rip And Tear” easily rank up there as a defining song of the LA gutter band era? That interlude works beautifully between the guitars and vocals. The way the tempo picks up near the end… wow!”