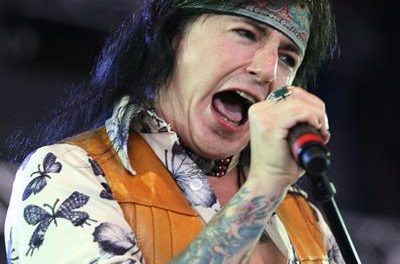 L.A. Guns’ Phil Lewis does not apologize but limits his comments to “black media” 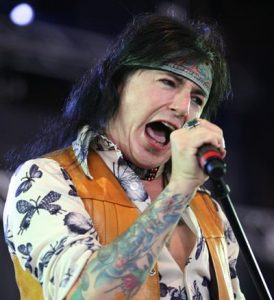 Less than 48 hours ago, L.A. Guns‘ frontman Phil Lewis caused some controversy when he made what appeared to be some inappropriate and perhaps even racist comments towards black people when he stated in part, while L.A. Guns were performing at the Fish Head Cantina in Halethorpe, Maryland on April 22, 2016: “The problem is, right now and I’m not gonna be a racist about it but black people are all one-dimensional.”

Metal Sludge has reported a few hours ago that Lewis has refused to apologize via a Facebook post on his artist page but he does contain his comments to “black media” rather than “black people.”

Lewis‘ Facebook post as posted by Metal Sludge states in part: “I stand by my words and make no apology for my observations perhaps black media would have been a better choice if[of] words than black people.” 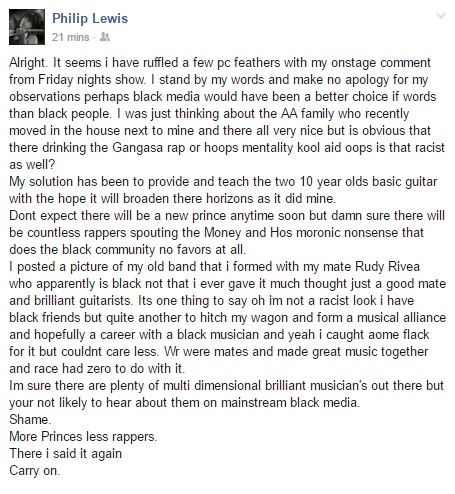