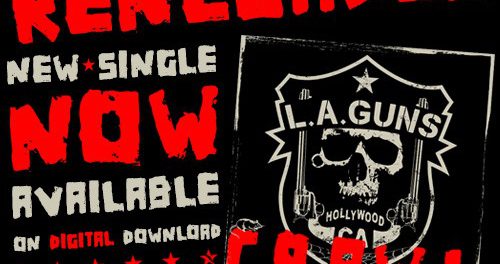 The L.A. Guns versions consisting of Steve Riley on drums, Kelly Nickels on bass, Scott Griffin on lead guitar and Kurt Frohlich on lead vocals and rhythm guitar have released a video titled The Making of Crawl, which includes a complete rendition of their new single “Crawl” today from their upcoming studio album Renegades. 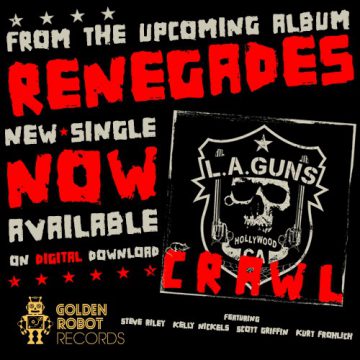 The following message was posted by Nickels on the band’s Facebook page earlier today:

“Check out the new video for “The Making of Crawl” on our website http://www.laguns.net/ I (Kelly) put this together with footage I shot during the recording of our new album Renegades. Hope you like it…!!! ?‍☠️“

While Nickels and Griffin returned to the L.A. Guns line-up last year, the only newcomer was new frontman Kurt Frohlich. In an interview with Sleaze Roxx back in April 2019, Frohlich explained how he got the gig as he stated:

“I’m excited to be a part of it and play these great songs. Yes, the Facebook page photo was the announcement of the line-up for the M3 show. The gig came about from my friend Jason Green, who was the manager of a Las Vegas band I was involved with — the Sin City Sinners — which included Todd Kerns from Slash’s band and Brent Muscat. I played live and produced an album with them. Jason called me a few months ago and thought I’d be a good fit with L.A. Guns as he saw what I did with Todd and Brent in Faster Pussycat. From there, Steve Riley called me after he had checked me out online and talked to other musicians I have worked with from my 18 years in Las Vegas and previously from that in Canada.”

The making of “Crawl” from the new album Renegades by L.A.GUNS