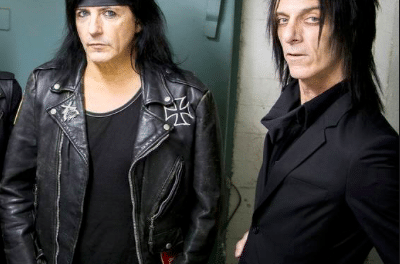 L.A. Guns singer Phil Lewis denies that he and drummer Steve Riley hate each other 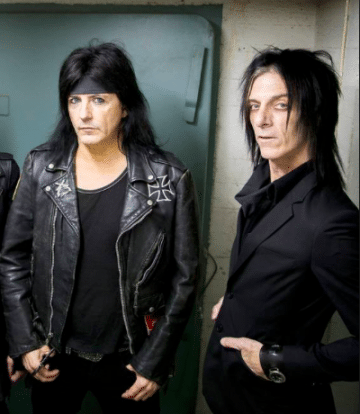 L.A. Guns‘ line-up has undergone changes at a rapid pace since the beginning of the year with guitarist Michael Grant getting fired or leaving (depending who you ask) in March 2018 and his successor Johnny Monaco getting replaced by Adam Hamilton.

With the announcement of former L.A. Guns bassist Adam Hamilton back in the band presumably to handle the second guitarist spot (behind Tracii Guns), L.A. Guns frontman Phil Lewis has decided to reply to various comments that have been made on a Facebook thread for a Metal Sludge news article Back In Blond … L.A. Guns bring back former member Adam Hamilton to play guitar.

In terms of what happened to Monaco, Lewis succinctly replied, “Monaco bolted.”

With respect to a comment that Lewis and and his former L.A. Guns bandmate / drummer Steve Riley hate each other, Lewis simply stated “No we don’t.”

Back on December 1, 2016, Lewis announced his departure from L.A. Guns (which line-up included Riley, guitarist Michael Grant and bassist Kenny Kweens). A day later, guitarist Tracii Guns confirmed that Lewis was taking part in his version of L.A. Guns. Lewis went on to explain that he was frustrated with Riley‘s lack of

enthusiasm in releasing new material. The reunited L.A. Guns line-up of Lewis and Guns went on to release a new album titled The Missing Peace, which ended up as the uncontested #1 record on the Sleaze Roxx Readers’ Top 20 Albums of 2017.

Back in 2016, Riley told Metal Sludge that he didn’t have any beef with Guns but that the guitarist did not want anything to do with him. 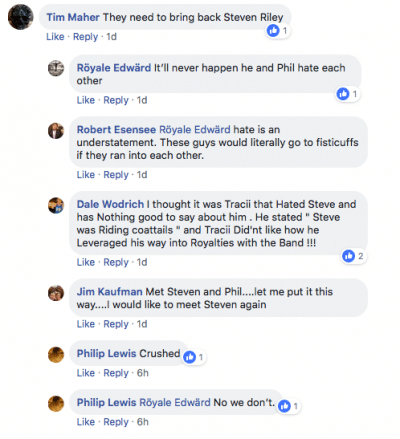