L.A. Guns singer Phil Lewis states if he wrote a book, he wouldn’t hold anything back

At age 60, L.A. Guns singer Phil Lewis has certainly lived an interesting life and would likely have a lot to say in his autobiography. 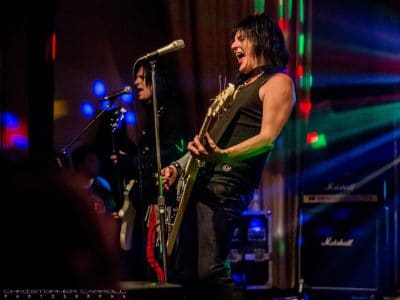 “If I write a book, I’m not holding anything back, Is it possible to read with your eyes covered?”

Wikipedia states in part as follows about Lewis (with slight edits):

Philip Francis Lewis (born 9 January 1957) is the English vocalist for the American hard rock band L.A. Guns. He was born on 9 January 1957 in London, England. He has lived and worked in the U.S. since the 1980s but was privately educated at Royal Russell School in Surrey, England.

Phil Lewis started the band Girl with guitarist Gerry Laffy in 1978. They put an ad in Melody Maker for a “peroxide guitar hero,” and Phil Collen (current guitarist of Def Leppard) answered. They were soon joined by drummer Dave Gaynor and bassist Mark Megary. Megary was replaced shortly thereafter by Laffy’s brother, Simon Laffy. They signed a record deal with Don Arden’s label, Jet Records in 1979 and released their first album, Sheer Greed, in 1980. Later band members included Pete Barnacle, Bryson Graham, and Pete Bonas. They released their second album, Wasted Youth in 1982. Phil Collen left the band in 1982 to join Def Leppard, and the band broke up shortly thereafter. Their third and final album, Killing Time, was released in 1997. It consisted of leftover material from the first two albums as well as tracks that were written for an album that never materialized. 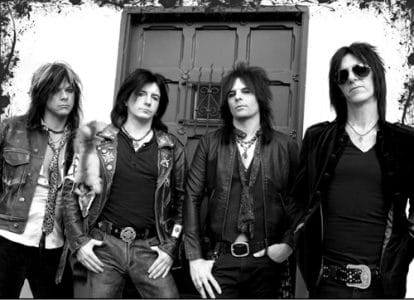 Lewis left New Torpedos to join the band Tormé with guitarist Bernie Tormé. They got a record deal with Zebra Records. They released Back to Babylon in 1986 and Die Pretty, Die Young in 1987. They toured both albums with modest success but never quite managed win over mainstream audiences.

Shortly after leaving Tormé, Lewis received a call from guitarist Tracii Guns stating that he was interested in having Phil join his band, L.A. Guns. The two met on 1 April 1987, and Lewis was hired shortly thereafter. L.A. Guns soon signed a record deal with Polygram Records and released their first album, L.A. Guns, on 4 January 1988. The band achieved mainstream success with their second album, “Cocked & Loaded,” thanks in part due to the very successful single, “The Ballad of Jayne.” They released “Hollywood Vampires” in 1991, which also had moderate success. Due to the rise in popularity of the grunge movement, the band would not release their fourth album, “Vicious Circle” until 1994. That album did not achieve the success of the prior albums, so Lewis left the band shortly after its release.

During his time out of L.A. Guns, Lewis participated in several other music projects including Filthy Lucre with Steve Dior and the Liberators. Filthy Lucre released an album called “Popsmear” in 1997. During this time, he also held various other jobs including producing albums for other artists, mixing audio for Fox Sports, and even working as a telephone psychic for a short time. 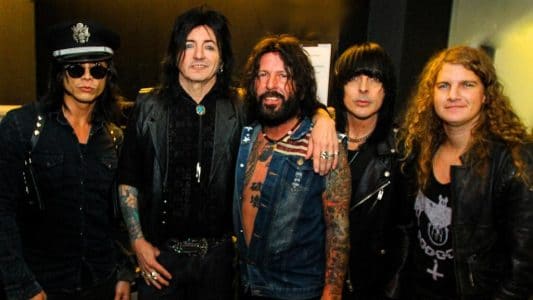 Lewis returned to L.A. Guns in 1999. The classic lineup released a re-recorded version of the hit album “Cocked and Loaded” in 2000. This updated version was called “Cocked & Re-Loaded.” The band released a new album entitled “Man In The Moon” in 2001. They released “Waking The Dead” in April 2002. It was the first album with producer Andy Johns and would also prove to be the last with Tracii Guns, as he left the band a few months later to team up with Nikki Sixx for the band Brides of Destruction. Guns’ departure forced the band to pull out of a world tour with Alice Cooper, and they were soon dropped from their label as well.

Lewis and drummer Steve Riley continued to tour as L.A. Guns after Tracii Guns’ departure and have released two more original albums, “Tales From The Strip” in 2005 and “Hollywood Forever” in 2012.