Stonebreed have announced that they have signed on with Rock Avenue Records USA. 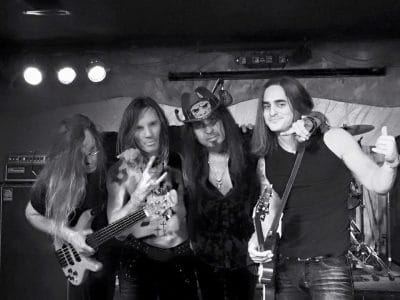 “On April 9th, all members of Stonebreed sat down at the infamous Rainbow Bar & Grill to sign a two-year contract with Mary Ann Hartman and Louis Espinoza of Rock Avenue Records USA! The band is rumored to have secured the deal with the help of former Metal Blade Records Vice President Bill Metoyer who is now A&R at Alpha Omega Worldwide Management.

Los Angeles-based rock band Stonebreed are one of the hardest working bands in the area and have been making a name for themselves throughout the United States the past five years. The band has paid their dues by playing everywhere from strip clubs and bowling alleys, to every club on the Sunset Strip, from the basement stage next to the bathroom at the Key Club to The Whisky and House of Blues main stages. They have also played throughout the United States (at least 20 states so far) with over 50 International touring acts including: RATT, Cinderella, Molly Hatchet, Marshall Tucker, Warrant, Cheap Trick, Great White, Kix, Slash, Sebastian Bach, Night Ranger, etc. The band have 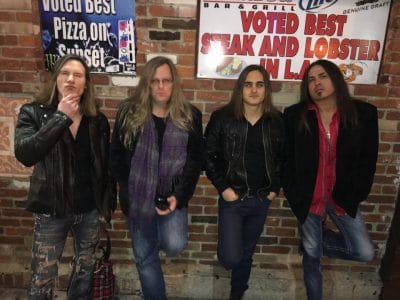 In regards to the signing, lead vocalist Carlos Cruz states “We’re really excited to be working with Rock Avenue Records USA. It feels good to have a whole team behind us, all working towards the same goals in the same direction. We are looking forward to the future!”

Currently, the band have two local shows scheduled, April 15th at The Canyon Club with RATT and May 14th at Malone’s with Master of Puppets. Then in June they hit the road for some shows in Idaho and Utah, before embarking on a two-week southwest tour with Killing Grace. (Vegas, Arizona, New Mexico, Texas, Oklahoma, San Diego) They are back out on the road again in October for two weeks in the Midwest, including Chicago, Detroit, Moline, Taylorsville, Waterloo, and Dubuque, ending up at Farm Rock in Des Moines, Iowa October 21st and 22nd. In addition, Stonebreed have a self-titled CD available and will begin recording a full-length CD soon.”