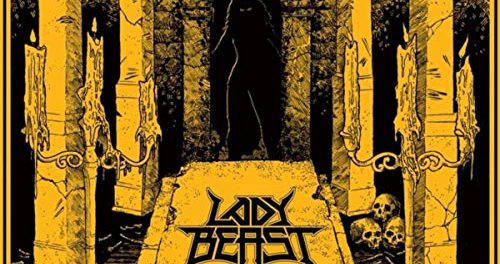 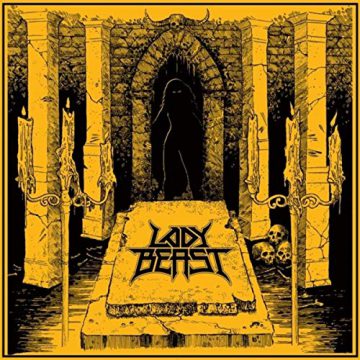 Sleaze Roxx reviewed all three of Lady Beast‘s first records and stated the following in its reviews:

Lady Beast (2012) — “Old school baby — that is what Lady Beast is all about, plain and simple. From the opening chords of the Pittsburgh based band’s self-titled debut, you can hear the throwback metal feel and the New Wave Of British Heavy Metal influences — think early Iron Maiden and Judas Priest, and top it off with some Metallica circa Kill ‘Em All. It doesn’t really matter what influences you can garner from listening to Lady Beast, one thing is for certain — this album rocks from start to 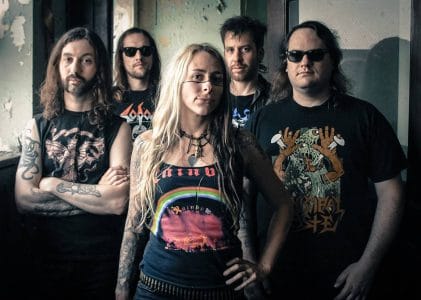 finish. What distinguishes Lady Beast from other NWOBHM groups is that they have a female lead vocalist — Deborah Levine — and a damn good one at that. This record transports me to the beautiful yet raw metal sounds of the early ’80s.”

Lady Beast II (2015) — “Lady Beast have come up with a more mature and consistent effort on their sophomore record in that there is a much better flow and same type of feel across all the songs on this album compared to their self-titled debut record. Some of the old school classic metal guitar riffs and melodies on Lady Beast II may just well bring you to a crescendo type climax because they are so damn good.”

Metal Immortal (2016) — “If I did not know any better, I would say that Lady Beast are sounding more and more like classic early Iron Maiden with their music. However, this is the third album in a row that Lady Beast‘s music sounds awfully close to early Iron Maiden so perhaps rather than continuing to state that they sound like the mighty Maiden, it’s time to give credit where credit is due and simply state that Lady Beast have mastered the art of amazing dual guitar heavy metal harmonies reminiscent of the most successful New Wave Of British Heavy Metal bands.”