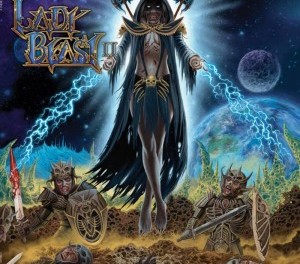 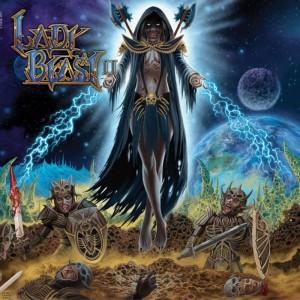 Sleaze Roxx stated the following in its review of Lady Beast II: “Lady Beast may be singing about “Heavy Metal Destiny” on their sophomore record Lady Beast II but it is really classic heavy metal bliss for anyone that gets a chance to listen to it. Following in the tradition of the self-titled debut record, Lady Beast II is a throwback to the days of the New World of British Heavy Metal in the vein of Iron Maiden‘s early work but with a phenomenal female lead vocalist by the name of Deborah Levine and at times Ronnie James Dio type lyrics. I have actually been listening to Lady Beast II for a good three and a half months prior to writing this review so I am very familiar now with the new record. Lady Beast have come up with a more mature and consistent effort on their sophomore record in that there is 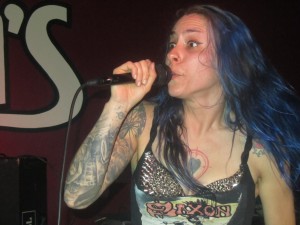 a much better flow and same type of feel across all the songs on this album compared to their self-titled debut record. Some of the old school classic metal guitar riffs and melodies on Lady Beast II may just well bring you to a crescendo type climax because they are so damn good.”

Sleaze Roxx also got the pleasure of seeing Lady Beast perform live in 2015 and stated: “The star of the show was undoubtedly Levine who was sporting tons of tattoos, blue hair and one huge grin during the entire band’s set. Levine prayed like a panther on the stage while singing her guts out. Her huge smile spoke volumes on how much fun she was having up there. There was no doubt who was the heaviest band on the bill on this night. Lady Beast‘s brand of NWOBHM will take you back to those early Iron Maiden days. In a way, it was a funny contrast to see Levine smiling from ear to ear and bopping along while performing when the band’s songs are so heavy.”