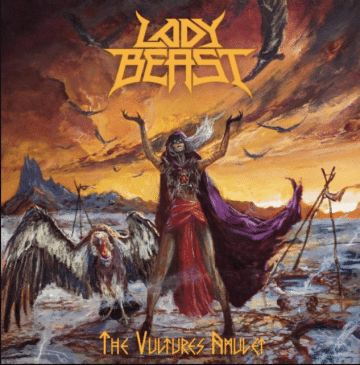 “‘Now I fly in circles to connect with Death…what you see, you can’t forget with the Vulture’s Amulet‘ ….

Lady Beast‘s sophomore album Lady Beast II finished at #5 on the Sleaze Roxx’s Top Ten Albums of 2015. Since that time, the group has also released the EP Metal Immortal (2016), the full-length album Vicious Breed (2017) and the compilation album The Early Collection (2019).