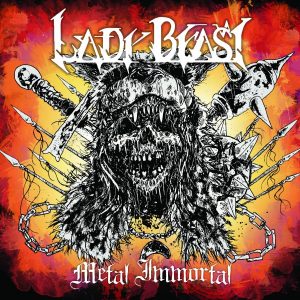 Sleaze Roxx stated the following in its review of Lady Beast‘s debut self-titled album: “Old school baby — that is what Lady Beast is all about, plain and simple. From the opening chords of the Pittsburgh based band’s self-titled debut, you can hear the throwback metal feel and the New Wave Of British Heavy Metal influences — think early Iron Maiden and Judas Priest, and top it off with some Metallica circa Kill ‘Em All. It doesn’t really matter what influences you can garner from listening to Lady Beast, one thing is for certain — this album rocks from start to finish. What 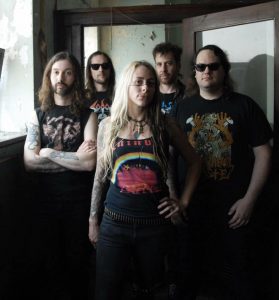 distinguishes Lady Beast from other NWOBHM groups is that they have a female lead vocalist — Deborah Levine — and a damn good one at that. This record transports me to the beautiful yet raw metal sounds of the early ’80s. The production could be better, perhaps the songs were done in only a few takes, but the album is not over produced by any means.”

In regard to Lady Beast‘s sophomore album, Sleaze Roxx opined as follows in its review of Lady Beast II: “Lady Beast may be singing about “Heavy Metal Destiny” on their sophomore record Lady Beast II but it is really classic heavy metal bliss for anyone that gets a chance to listen to it. Following in the tradition of the self-titled debut record, Lady Beast II is a throwback to the days of the New World of British Heavy Metal in the vein of Iron Maiden‘s early work but with a phenomenal female lead vocalist by the name of Deborah Levine and at times Ronnie James Dio type lyrics.”