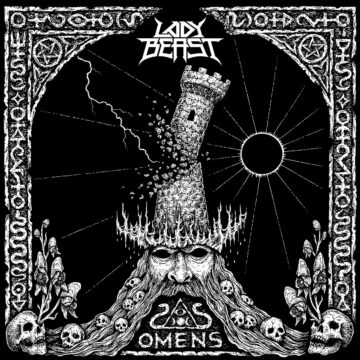 “Omens sprinkles a dust on The Poisoned Path from which Lady Beast summit. The fools journey began a decade and beyond when the birthrite was founded. A vicious breed sealed the hex for what was to be the gift of metal immortal. The heroes of our time made a distinct objective that Heavy Metal is destiny and here we lie a quartet, 4 new songs amidst a classic, a cover of Rainbow ‘Kill the King’. When desire is stronger than fear, the Reaper comes and takes you away. Reveal the runes of rust to beware their Omens.”