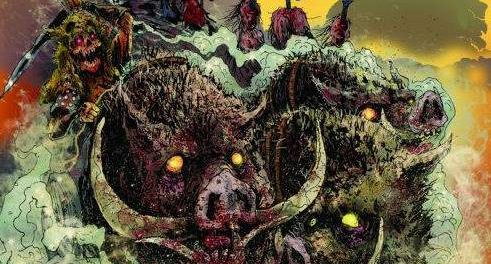 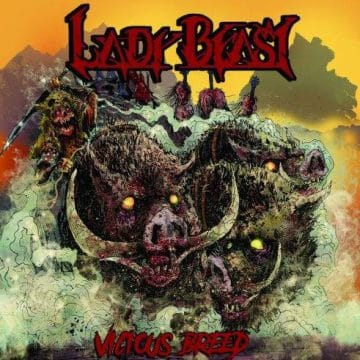 “Pittsburgh, PA NWOBHM-inspired upstarts LADY BEAST will be entering +/- Studios in early September to record their third full-length album, “Vicious Breed”, which will also serve as the band’s first release for Italy’s Cruz Del Sur Music. Jason Jouver will be handling production duties; Karl Dahmer has been enlisted to create the album’s cover.

Comments guitarist Twiz: “Musically, I’d say it’s a continuation of the ‘Metal Immortal’ EP. Some of the songs were written at the same time as the songs on the EP. I think it’s our most dynamic and diverse album to date. We have fast songs (‘Vicious Breed’), heavy songs (‘Lone Hunter’), melodic songs, a ballad (‘Always With Me’), rockers (‘Get Out Of My Way’), and an instrumental. I’m probably most proud of the songs on this than I am of other stuff I’ve written.”

“I am very proud of the melodies and lyrical content on this album,” adds vocalist Deborah Levine. “I have a bit of a formula when I start writing lyrics. The music and feel of the song obviously help the direction I turn, but also I like to have a skeleton of the same idea for each album. The song of an epic story, the hopeful song, the metal ripper, etc. Each is important as it builds the album as a whole. On ‘Vicious Breed‘, we have our first ballad, on which it will be fun to slow it down and have people hear a different side of us.”

“Vicious Breed” is set for an early 2018 release, after which, LADY BEAST hopes to embark on their most expansive run of shows to date.

“We are excited to release our third full-length, but first release with Cruz Del Sur,” concludes the band. “This is by far our greatest album yet and we are excited to get out there and play it for the world. We have goals of more international touring in the next year. Europe is our biggest goal right now and we are networking as we speak trying to plan a LADY BEAST European tour, as well as touring in the States and writing new music!”

Lady Beast‘s “The Devil’s Due” song: