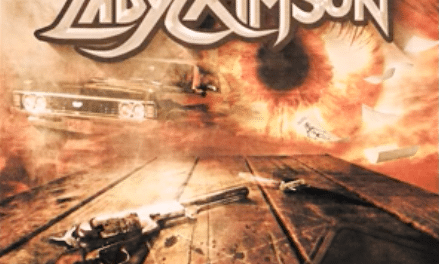 A little more than a year after reconnecting to play a show in Hobart, Tasmania, Aussie rockers Lady Crimson have released a new single titled “Drag You To Hell” for streaming. 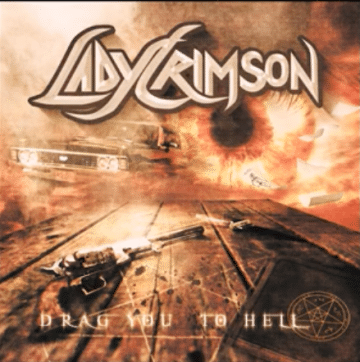 “Much like the Winchesters, Lady Crimson have been brought back to life with our new song ‘Drag You To Hell’, sounding heavier than ever and showing our appreciation for one of our generations most memorable stories!

‘Drag You To Hell’ is the brand new single from Lady Crimson and is the first new recorded material from the band since the debut album release in 2014. Self-recorded, mixed & mastered, in Launceston, Tasmania. Taking inspiration from the t.v series ‘Supernatural’, both the lyrics and the music reflect a darker, heavier theme than previous Lady Crimson material. Whilst the band has been fairly quiet on the gig front in recent time, there has been much song-writing going on behind the scenes. But for now, we hope you enjoy ‘Drag You To Hell’.”

Sleaze Roxx stated the following in its review of Lady Crimson‘s album Live Against The Grain!: “Lady Crimson are definitely rough around the edges, as this Australian band is obviously more concerned with creating music than fiddling with a computer to achieve crystal clear production. That is partly what makes Live Against The Grain! such an ’80s throwback, both in sound and feel — and may also explain the album’s moniker. Just like Ratt circa 1983, Lady Crimson power forward with killer riffs and a unique and unconventional frontman. While the album as a whole isn’t a Ratt rip-off, the similarities between the two are very pronounced during “Take Me Screaming” — especially thanks to the crunchy guitars.”

Drag You To Hell