Last Bullet‘s lead vocalist Bryan Fontez has made an audition video of himself singing the Stone Temple Pilot‘s ‘Interstate Love Song” in an attempt to land the latter band’s vacant lead singer gig. 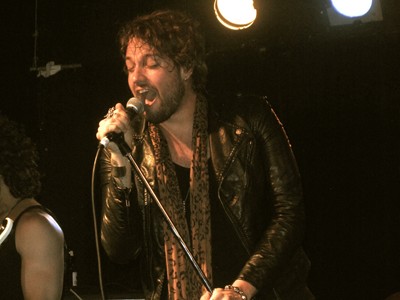 Fontez posted the following message on his artist’s Facebook page:

“The Stone Temple Pilots have been such a huge influence on me as a musician and a songwriter.

Scott Weiland was my first shining example of what it truly means to be a frontman. He had this amazing balance of charisma, elegance, mystery, femininity and controlled aggression that I try to replicate every time I’m on stage.

With that said, I’d be crazy not to throw my name into the hat and give this thing a try. But regardless of what happens, I had such a great time making this video and recording these vocals. It gave me chills to harmonize with Scott‘s original vocal.

Thanks to my good friend Ross Hayes Citrullo at Media One Creative Inc. for helping me put this together.

Stone Temple Pilots have been such a huge influence on me as a performer, a vocalist and a songwriter. I wouldn’t be who I am had I not grown up listening to…

Sleaze Roxx has always been a big fan of Fontez and in particular his live performances. 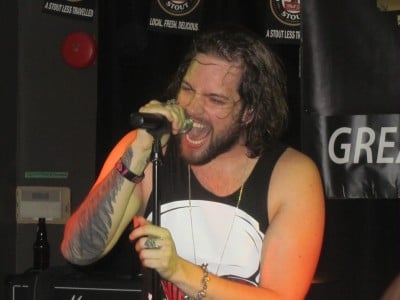 Back on February 14, 2015, Sleaze Roxx caught Last Bullet‘s performance in Oshawa, Ontario, Canada and stated in its concert review: “‘Super impressed!’ Those were the words uttered by my friend Eduardo after seeing Last Bullet play live for the first time at The Hub Bar & Grill in Oshawa. I could not agree more, as Last Bullet definitely put on one ass-kicking rock ‘n’ roll performance… Last Bullet finished their set with the riff based “Forget The Rest” — which was the band’s first video filmed, as Fontez described, on a farm north of Canada’s Wonderland with hot girls washing a hot car — and a stellar cover of Elvis Presley‘s “Jailhouse Rock”. The latter had the singer busting the moves and dancing with a female fan in the audience, and also getting everyone to sing, “Dancin’ to the Jailhouse Rock”. I even got the chance to sing into the microphone, a first for me, when Fontez ventured into the 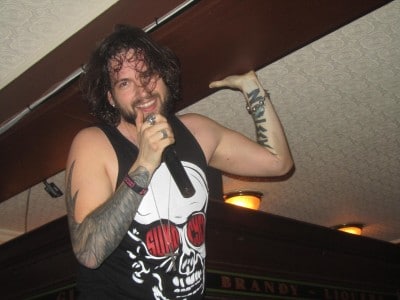 audience — but I must have sounded pretty awful because he pulled it away from me before I could, ahem, “sing” all of the words!… They then finished an amazing night of rock ‘n’ roll with a blistering version of “Rock ‘Til We Die” (which really should be included in the setlist at all times), during which Fontez climbed the top of the bar with his head at ceiling level.”

On May 22, 2015, Sleaze Roxx saw Last Bullet play an outdoor gig at the infamous Yonge-Dundas Square in Toronto, Ontario, Canada and stated in its concert review: “It seemed that as Last Bullet‘s set progressed, Fontez became even better and more bullish in terms of connecting with the audience. During the second last song “Forget The Rest”, Fontez was able to really get the crowd to sing along after him during the chorus portion of the 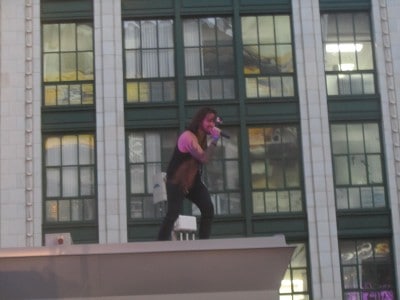 song by getting the audience to scream “Forget The Rest” whenever he sang “Remember The Bad”. By the time that the band tore through their amazing and spirited cover of Elvis Presley‘s “Jailhouse Rock” — I thought that the band had previously announced about two years ago that they were retiring that song from their set but I am glad they didn’t — Fontez had jumped the barrier separating the stage from the audience to head bang and dance through the crowd. Fontez also took a bit of a risk climbing on a portion of the roof for the Yonge-Dundas Square structure. It seemed surreal to see Fontez high up above the audience with various buildings in the background. As Fontez pointed out to the audience, he did not even know that he would be doing that on this night. Whatever the case, the extra theatrics created by Fontez taking some risks and doing the unexpected added a special element to the night.” 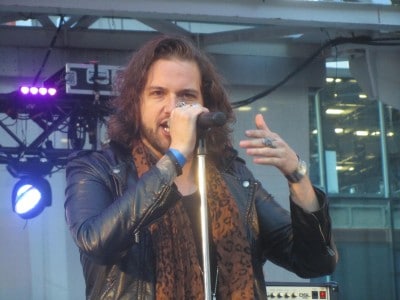 More recently, Last Bullet were the direct support for Buckcherry on the latter’s tour stop in Toronto, Ontario, Canada on November 24, 2015 and Sleaze Roxx stated in its concert review: “Perhaps given the time constraints, Last Bullet‘s charismatic frontman Bryan Fontez did not address the crowd that much but he did mention the band’s cross-country tour of Canada about a year earlier where the band played an impressive 26 nights out of 30 and usually gave a small introduction to each song played. Fontez once again showed why he is a great frontman as during one point between songs when it was getting a little quiet, he just let out a scream, which the crowd enthusiastically repeated. Fontez then let out four more screams all of which were responded to by the audience and it was almost like seeing Judas Priest‘s Rob Halford with his traditional follow after me screams during the Priest‘s classic “You’ve Got Another Thing Comin.’” Last Bullet closed off their terrific set with a rousing rendition of “Forget The Rest” which was Fontez‘s cue to get the crowd to participate in a fun sing along after him.”