Canadian rockers, Last Bullet, have released a teaser video for their new single “Sin” which will be released on November 13, 2015. 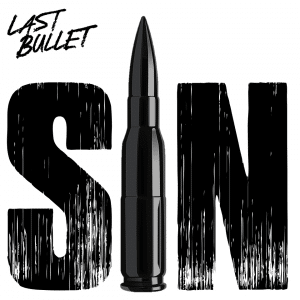 Sleaze Roxx stated in its review of Love.Lust.Illusion.: “Last Bullet‘s Love.Lust.Illusion. combines all of the elements of great hard rock into five rocking songs and one ballad. Once again, just like on their debut EP, Last Bullet built each song (aside from the ballad) on great riffs and Bryan Fontez‘s raspy vocals. That being said, the songs are not quite as simple as AC/DC but have that straight-forward edge with often different tempos on most of the songs. You can’t help but sing along with Fontez and have some part of your body move to the beats of the songs.” Sleaze Roxx concluded in its review: “What makes Love.Lust.Illusion. so good is that the songs are simple (and pretty short) yet ooze tons of attitude and swagger — this is what hard rock is all about. Pick up this CD, you won’t regret it.”