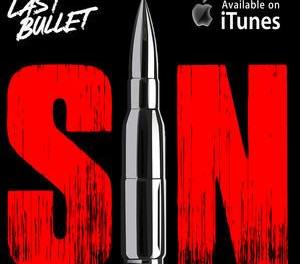 The video was shot in the attic of the world famous Toronto downtown hotel Fairmont Royal Hotel in Canada.

Speaking exclusively with Sleaze Roxx, Last Bullet‘s frontman Bryan Fontez stated the following when asked how did the band end up choosing and negotiating with the Fairmont Royal Hotel to use its attic for the video: “I had originally came up with a basic concept of what I wanted the video to entail or look like. I know that we have a lot of energy and charisma as performers so I wasn’t worried about the performance aspect but from experience, I realized that the most important character in a performance based video is the set. The set dictates the mood, establishes the atmosphere and is a large part of how you bring the song and it’s lyrics to life visually. With that said I started researching interesting, abandoned, old, historical locations to film at and I stumbled upon a few that lined up perfectly with what I was envisioning. We quickly eliminated all but one because they were completely abandoned and had no power, which was a necessity for lighting and filming. The final one we ended up finding out was the Royal York’s attic which we thought was super cool. 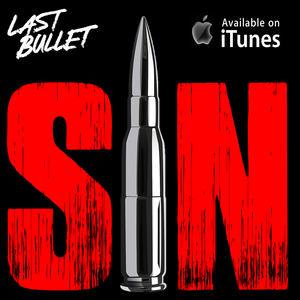 We got in contact with someone who wasn’t so helpful and asked for an outrageous rate per day. This was extremely deflating as we had our hearts set on filming there. The solution came when I actually posted a status asking if anyone had any connections to the Royal York. A former co-worker of mine happened to work as a security guard at the hotel on many occasions and handed me a different contact that he had gotten to know well. When I called her, she was extremely helpful and miraculously ended up offering us a much more affordable rate to film there for the day. That set was a massive part of what made this video come out as well as it did and without either of them, this video would not have been possible to make the way that it was.”

Fontez commented on the monumental task to get the band’s gear and setup up to the Fairmont Royal York’s attic: “We initially had to load our gear into a large freight elevator in the back of the hotel that you can see in the video [see above]. We had to do two full loads, one floor down, then all of the equipment across a hallway to a much smaller elevator which only reaches the 19th floor. Which I mention in my conversation with a friend during the Behind The Scenes video [see below]. That elevator took eight trips to get all of our equipment up. THEN we piled all of it into a hallway on the 19th floor and had to walk up five stories to the 24th floor attic, on old decrepit wooden stairs. Think something a long the lines of that staircase in the 1989 Batman film. There were about three to four flights of stairs per floor and five floors so that’s about 15-20 flights per trip and we made at least 25 trips going up and down to load in and then another 25 trips loading out, including the reverse order of how we loaded in.

All in all, when you do the math it was well over 700 flights of stairs that we traversed collectively and the number of flights I cited in the video — 736 — was being modest. It was one of the most grueling things we’ve ever done physically, and had we had one less set of hands to help I’m not sure we would have been able to do it. We couldn’t walk properly for a week. And I didn’t even mention having to perform all day, take after take after take with our highest possible level of energy. But at the end of the day, the footage speaks for itself and after seeing how it turned out, we all agreed that it was well worth it. The load in took about 2.5 hours. and load out was a touch faster.”

Fontez also commented to Sleaze Roxx about the the idea behind the video: “The idea behind the video was to portray the theme of the lyrics visually. I wrote the song as a cynical point of view of the world in its current state. I wanted us to be performing somewhere dark and mysterious. A place with a lot of character that looks like it’s falling apart; kind of the way I explain society in the song. And then the gasoline scene at the end was a concept I came up with earlier that I wanted to try, but was afraid it could come off cheesy or lame if it wasn’t edited, shot and performed right. However, it turned out even better than I had imagined and we were all really happy with it. At the end of the day, I wanted the video to give the viewer an unsettling and uncomfortable feeling. I wanted to visualize the tension, chaos, aggression and energy of the song, and I think we accomplished that.”

Last Bullet have a number of Canadian tour dates coming up during the rest of the month of November 2015:

Last Bullet – Sin (Behind The Scenes)

A short montage of all the work and preparation that went in to shooting the video for our new single.”SIN” will be released Friday, November 13th.Filmed by …