Canadian hard rockers Last Bullet will be releasing a new single entitled “Southern Lips” on October 7, 2016 and fans can obtain a free download of the single by attending their outdoor show that night at the Yonge-Dundas Square in Toronto, Ontario, Canada. 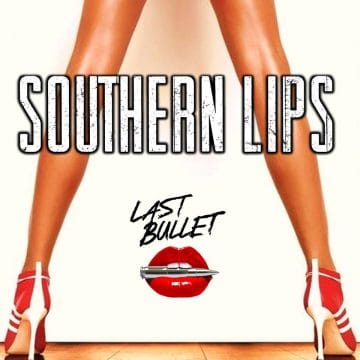 “Canadian Rock hasn’t been sexy since Danko Jones, and we’ve got a huge problem with that, so listen up…

This Friday October 7th, our new single “Southern Lips” will be hitting both Canadian and US Radio as well as iTunes, YouTube, Spotify and every other media/streaming platform you can possibly think of. Want it for free? Come to our show this Friday, 7pm at Yonge-Dundas Square where we’ll be handing out download cards to everyone who comes out and rocks with us.

To our Ammunation of fans, you know what to do. Spread the word like fire and preach the gospel of Rock N’ Roll to the most extreme followers \m/ — feeling sexy at Yonge-Dundas Square.”

Last Bullet have been playing their new single “Southern Lips” in their live set for some time. Sleaze Roxx stated the following about the song in one of its Last Bullet concert reviews: “All of the band’s new songs sounded good, but my favorites were two that I had previously heard when I last caught the group live back in July (click here to read my review) — namely “Bright Lights” and “Southern Lips”. It shouldn’t be too long before Last Bullet releases new music, given that [Bryan] Fontez announced that the band would be going into a recording studio in April. As usual, Fontez proved to have a good sense of humor — prior to “Southern Lips” he spoke about how the band members had become more mature and were tackling more serious subjects before announcing that the next song was about pussy!”