North Carolina, USA rockers Last Call Messiahs have just announced that they will be releasing their first full-length album entitled Sermons Of Debauchery on October 21, 2016. 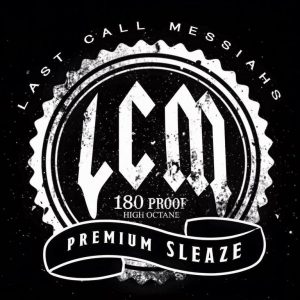 “Without further ado, it gives us great pleasure to announce that our FIRST full length CD, “The Sermons of Debauchery” will be available on Friday, October 21! CD and digital download. Many thanks to our producer and engineer Trey Richardson and Metal-Ward Entertainment, LLC. Now crank this loud and let us know what you think!!”

Last Call Messiahs‘ debut self-titled four-song EP landed the #9 spot on Sleaze Roxx’s Top Ten Albums of 2014. Sleaze Roxx stated the following in that regard: “Last Call Messiahs are a band that is reaping the benefits from Sleaze Roxx now admitting EPs into its annual best of albums list. The North Carolina rockers’ self-titled debut may only contain four tracks but each song is shock full of sleaze, attitude and swagger, and the EP overall is an excellent example of less being more. Released during the last month of 2014, this gem of an EP would have surely been overlooked had Last Call Messiahs not been hand picked to play at the M3 Pre Party in Columbia, Maryland of this year. Judging by some of the new songs that the band played at the M3 Pre Party in April 2015, Last Call Messiahs may well be able to record a worthy follow up to their stellar self-titled debut EP.”