North Carolina sleaze rockers Last Call Messiahs‘ new album Sermons For Debauchery will be available for pre-sale as of September 23, 2016. 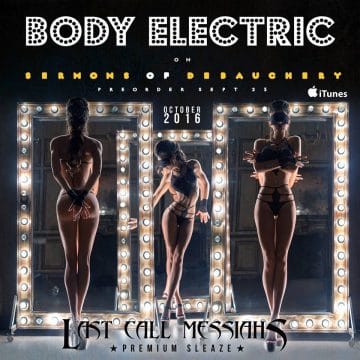 Sleaze Roxx stated the following in its review of Last Call Messiahs‘ debut self-titled four-song EP, which was released in December 2014: “Think sleaze meets punk meets metal meets a whole of attitude and you have the Last Call Messiahs down to a T — not unlike a cross between Faster Pussycat and L.A. Guns. The North Carolina band’s self-titled EP may only have four songs but they are all chock-full of attitude and swagger, while everything about the debut screams sleaze.

Last Call Messiahs‘ debut EP is a good example of less being more. Rather than offering a few too many songs, with the chance that one might end up being a dud, these newcomers only deliver four fantastic slabs of sleaze that I could listen to all day long. Every time I think I’ve nailed down my favorite song on this EP, I listen to the next track and change my mind.”