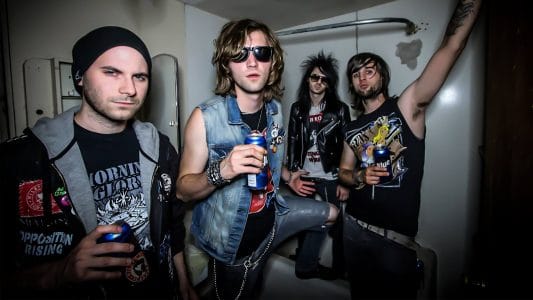 Pennsylvania, USA based rockers Last Call Romeo will be releasing their debut EP Chivalry Is Dead in early 2017.

“Bursting out of the most unlikeliest place is Pennsylvania sleaze rock band Last Call Romeo with their debut EP Chivalry Is Dead. Combining older influences such as Guns N’ Roses and Skid Row with newer rock, metal and punk likes, Last Call Romeo has crafted a dirty, angst filled sound that is familiar yet entirely their own.

Fueled by brothers, vocalist Scott and drummer Christian Meyer and glued together by guitarist Lindzy Rogue and bassist Wash, this volatile four piece present a very strong six song (plus an intro) offering in the form of Chivalry Is Dead. 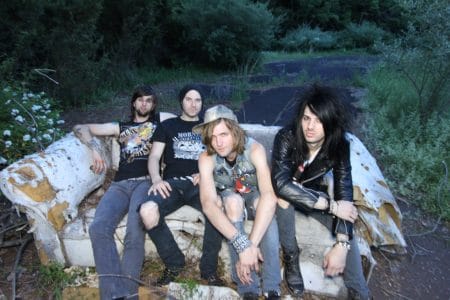 Chivalry Is Dead was recorded, mixed and produced, in house, by Christian at Synthetic Gypsy Studios in rural Pennsylvania. With a background of working with top acts at some of the biggest studios in NYC it was only natural that he was the one crafting their signature sound.

When it came time to master the EP, they took it to Stockholm, Sweden to have Björn Engelmann (Backyard Babies, Nasty Idols, Crashdiet, Tove Lo) put his magic on the tracks.

2017 looks to be a busy year for Last Call Romeo. Kicking off early in the year with their EP release followed by the release of the first single, music videos, press, shows and writing more material.

Keep an eye out for the release of Last Call Romeo’s debut EP Chivalry Is Dead in early 2017.”

the boys in Last Call Romeo are in the studio recording their debut EP. Here’s a small taste. Kick It!