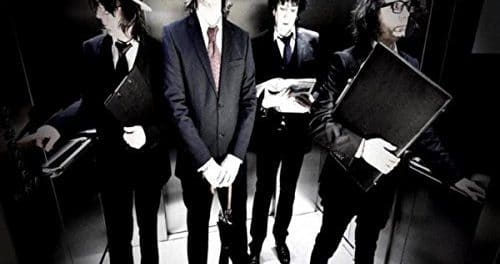 UK hard rockers, Last Great Dreamers, have released a video for the title track of their fourth studio album 13th Floor Renegades, which was released last month via Ray Records. 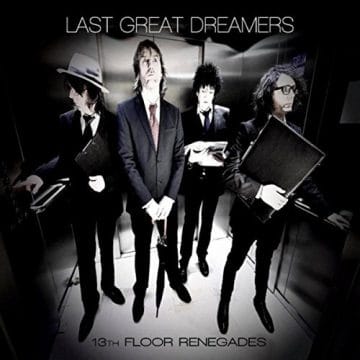 “Last Great Dreamers with their distinctly British take on power-pop are the antithesis of grunge and the best band you’ve probably never heard. They built a formidable live reputation in the mid 90’s with their shimmering glam style. Their debut album Retrosexual, a love letter to the early ’70s glam scene, caught the attention of Kerrang! magazine, resulting in an awards nomination for ‘best new band’ before tragedy and disillusionment forced the band to call it a day.

In 2014, they staged a fabulous comeback releasing an album of rarities, the critically acclaimed ‘Crash Landing In Teenage Heaven’ and have since in 2015 toured with Runaway’s singer Cherie Currie & in 2016 opened for bands such as The Darkness, Terrorvision, Hey Hello & Tigertailz and released 2 brand new singles ‘Dope School’, & ‘Glitterball Apocalypse’ both achieving no.1 status on the TBFM radio network charts.

On September 30th, Last Great Dreamers released Transmissions From Oblivion; their first brand new album since they reformed through their own independent label Ray Records. They’ve turned up the dials to deliver an album choc-full of trademark hook-laden anthems. Spirited, diverse and occasionally dark, it promises to be one of the most talked about albums of the year.

Transmissions From Oblivion is an energetic yet sensitive album that celebrates music and storytelling with 14 finely crafted pop songs overflowing with rock’n’roll attitude, emotion and glamour. The recording of the album was an “incredibly organic and yet cathartic process”, working with producer Tony Harris, the band has created an aural treat. With no calculated image or reliance on nostalgia, Last Great Dreamers instead have honestly created an album that is full of romantic bravado and the perfect manifestation of their immutable wit, sadness, quiet anger and charm.”