Def Leppard and Last In Line guitarist Vivian Campbell was recently interviewed by the podcast White Line Fever at which time he spoke about his former Dio and Last In Line bandmate / bassist Jimmy Bain who died of lung cancer at the age of 68 while on the Hysteria On The High Seas Def Leppard cruise on January 23 2016. 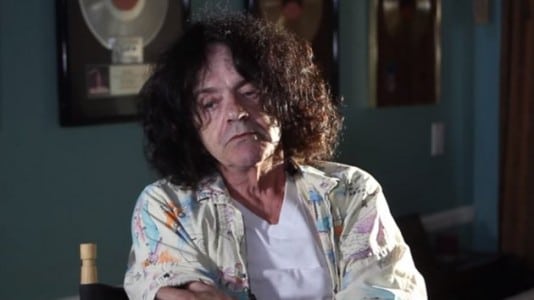 The following are quotes from the podcast interview with Campbell provided by White Line Fever:

“We knew he was ill about a month before he died and we were rehearsing.”

“We played a show in Miami the night before the cruise ship sailed and that was Jimmy’s last show He died on the ship.”

“We offered him the week before: we said ‘Jimmy, we don’t have to do this. We can cancel this. Your health is more important’.

“But Jimmy wanted to do it and he must have known he was that ill. He must have felt in his body. We knew he had pneumonia at least but it turns out that was a byproduct of the lung cancer that took his life.”

“But Jimmy, he was a trooper to the end. He was a rocker and, like I say, he died doing what he loved.”

“The thing with Jimmy, Jimmy couldn’t cope with life very well. If he would get a parking ticket, he’d tear it up and throw it in the bin. If he got a bill from the tax man, he’d do the same thing.”

“Jimmy didn’t have much money. He really didn’t have a pot to piss in, to be honest with you. He wasn’t very good at managing his money and to be fair, also, he was kinda short-changed by a lot of people he worked with in his career.”

“But he’s also the kind of person who would have ignore things. He would have just put his head in the sand and said ‘whatever’.”

“Jimmy died with his boots on.”

You can listen to the rest of the interview with Campbell via the White Line Fever podcast.