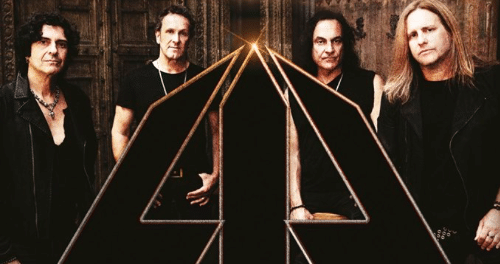 The following message was posted on Last In Line‘s Facebook page yesterday: 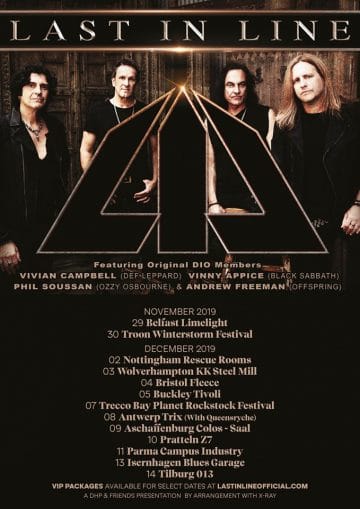 Sleaze Roxx caught Last In Line performing live at the M3 Rock Festival back on May 5, 2018 and stated in its concert review: “Even the songs from Last In Line‘s debut album Heavy Crown sounded really good live. Although I have the record Heavy Crown, it had to be at least two years since I last played it so I really felt unfamiliar with the three tracks played aside from the single “Devil In Me.” As Freeman pointed out, Last In Line are embracing the new (Last In Line songs), the old (early Dio tracks) and moving forward. There are of course two factions since Ronnie James Dio‘s death that are continuing the singer’s music with Dio Disciples and Last In Line. After hearing Freeman note that the two remaining original Dio members (Campbell and Appice) are in Last In Line (with Ronnie James Dio passing away in 2010 and bassist Jimmy Bain no longer with us since early 2016), there just seemed to be a lot more legitimacy in Last In Line rather than Dio Disciples playing the Dio songs. My favorites from Last In Line were the opening song “Stand Up And Shout” and the classic “Last In Line.” At this point in the day, I felt that Last In Line had quite simply just blown away all of the prior bands from Day Two and all of the groups from Day One (aside from Kix).”