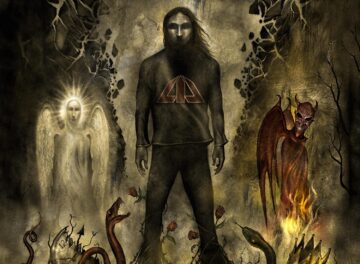 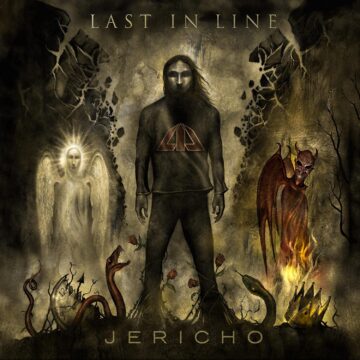 “Last In Line is a band that seems like heavy metal fan fiction, almost too good to be true. And yet, here they are! It was shortly after the way too early death of Heavy Metal legend Ronnie James Dio when his former band colleagues and co-conspirators Vivian Campbell, Vinny Appice and Jimmy Bain came together to jam out of love, respect, and nostalgia for the good old days. The co-writers on DIO’s albums “Holy Diver”, “The Last In Line” (from which they took their name) and “Sacred Heart” soon teamed up with esteemed vocalist Andrew Freeman (ex-Lynch Mob) and Last In Line was born!

Sure, it would have been easy to follow the path of least resistance and just become a living tribute to the band DIO but that wasn’t the right way to do this. Last In Line was the beginning of something new while respecting what and who had come before.

The debut album was released in 2016, landing at #1 on the Billboard Heat-Seekers Chart. Initially, the release had been preceded by tragedy when bassist Jimmy Bain unexpectedly passed away. Last In Line, honoring what they knew would be Bain’s wish to keep the band moving, brought in renowned bassist Phil Soussan (ex-Ozzy Osbourne, ex-Billy Idol) and committed to sustained touring and sharing the stage with metal luminaries such as Saxon and Megadeth.

Fast forwarding to 2022: Three years after the release of their second album Last In Line’s first record with earMUSIC will be released on November 11th, 2022. The strictly Limited 12” Collector’s EP with The Beatles referred title A Day In The Life features not only two live tracks and one recently recorded new track (which gives us a first indication of how the third album will sound) – but probably the heaviest version of this Beatles classic mankind has ever listened to… oh boy!”