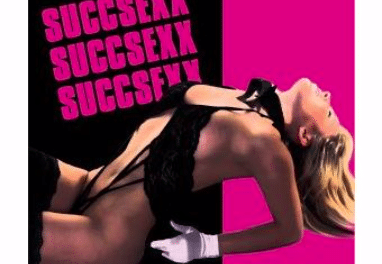 Toronto, Ontario, Canada based rockers Succsexx‘s unreleased recordings are seeing the light of day via FnA Records on an album titled Sexx Machine.

“Succsexx is a Toronto based rock quintet that got their start on Halloween night in 1987 at the famed Toronto nightclub Heaven. The ’87 lineup featured members from Toronto bands Coney Hatch, Harlot and Arson. Shortly after the inaugural performance the line-up evolved into their mainstay membership featuring Saxx Creed (vocals), Gypsy LaRose (guitar), Michael McV (guitar), Justin Zane (bass) and Johnny Rude (drums).

A self-financed demo session resulted in 17 recordings which have remained “in the can” and unreleased. The band only released four tracks on an indie cassette and was one of the bands where fans clamoured for more, but thought nothing else existed. Come along FnA Records and 13 tracks were brought to the surface…and here we go…an album called Sexx Machine. While you can hear many influences, the tracks are extremely diverse bringing to mind ’70s era KISS, Faster Pussycat, Guns N’ Roses, Aerosmith, and New York Dolls.

Succsexx was a funky, gritty and down and dirty rock ‘n’ roll at its best. Give their long awaited 2020 release a listen, and let the music do the talking.”