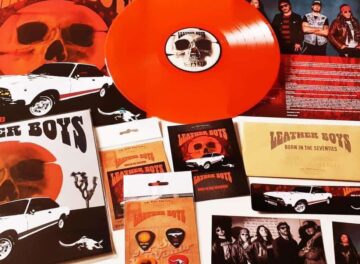 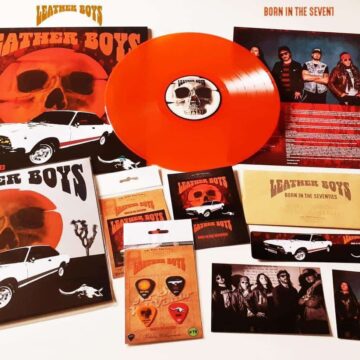 For those unfamiliar with Leather Boys, they have released a few fairly unknown yet well received albums over the last decade including 2014’s Back In The Streets (their second record).

Their most current, fourth album, Born In The Seventies, was released in early 2020.

The band is currently pleased to be reinvigorating interest in their fourth record by promoting their deluxe vinyl box set of Born & Reborn In The Seventies which was released in May of 2022 via The Fish Factory. Leather Boys have also garnered a little help in their promotion from their latest official video for one of the new singles “Pandemic Messiah” which is one of the new bonus tracks included on the deluxe vinyl box set’.

From the band (translated in part from Spanish with edits for context):

“”Pandemic Messiah” was released as the first teaser single from our deluxe edition vinyl. Recorded, mixed and mastered on the Sergio Díaz Montes by Tutu Estudios and Sergio Tutu.