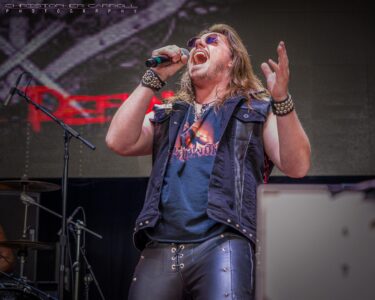 “Leatherwolf is an American heavy metal band that formed in Huntington Beach, California in 1981. They split up in 1992, but reunited in 1999. The group is also nicknamed the “Triple Axe Attack” for pioneering the use of a 3-guitar line-up in heavy metal.

…. the band has released five studio albums. Leatherwolf has undergone many line-up changes during its existence. No member has been constant throughout its entire timeline but several former members have returned at differing times. The band continues to perform live but has not released any studio material since their 2007 album New World Asylum.”