New Zealand sleaze rockers Leathur Tattoo have released a new single titled “Stop Or You Drop” which is available for purchase via iTunes. 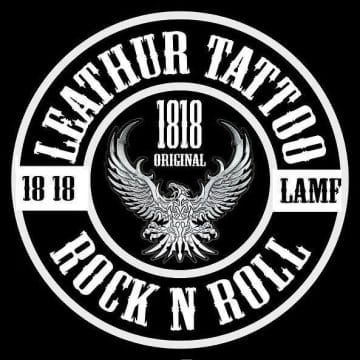 “The following message was posted in part on Leathur Tattoo‘s Facebook page on June 16th: “Right people, recorded live with the good people at Depot Sound Recording Studio and by the sound master and N.Z Tui Music Award winner Dave Rhodes. we finally release our new single ‘Stop Or You Drop’ on itunes and radio. The video will be out in the coming weeks so keep your eyes pealed for that but till then if you dig old school Hard Rock and Rock n’ Roll then this could drug for you!…”

With thunderous drums, thick heavy basslines, screaming guitars and powerful vocals, ‘Leathur Tattoo‘ are set to bring live music back to the streets of New Zealand like it use to be, in a scene where D.J.’s had 45 minute sets between bands and ruled the radio! These are your New Age Outlaws and rock n’ roll’s running wild!”

Thank you to The New Wave of Hair Metal for bringing Leathur Tattoo to Sleaze Roxx‘s attention.