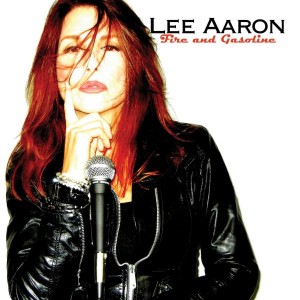 Canadian rocker Lee Aaron has released a video for her song “Bad Boyfriend” from her latest studio album Fire And Gasoline, which was released back on March 25, 2016.

Sleaze Roxx stated the following in its review of Fire And Gasoline: “This ain’t your grandma’s Lee Aaron. The Metal Queen has mellowed over the years, evolving to explore jazz and mainstream singing for most of the past 20 years. In fact, she seems quite proud of that fact. Her bio states, “She’s no longer concerned by the stereotyping that relentlessly pursued her since the 1984 release of her iconic album Metal Queen. Instead, she’s now able to understand why the label stuck, and can – almost cheerfully – discuss her relationship with the mythology that is actually an acute counterpoint to her fundamental artistic vision.” Fire And Gasoline is no metal album, to be sure. It’s not even all that heavy.

Sleaze Roxx concluded its review by stating: “If you’re looking for Metal Queen or Bodyrock, this isn’t for you. That said, Fire And Gasoline is actually a good listen, filled with varying tempos and interesting writing. Lee Aaron has come back to her rock roots, and is exploring a different side — one that understands her image and reputation, but is moving on to a far more mature and interesting place.”