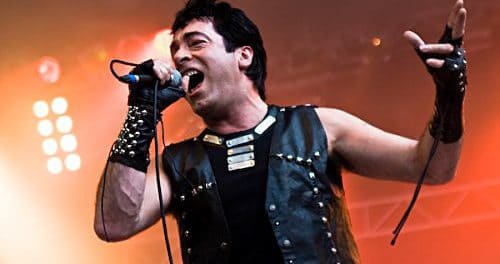 Cloven Hoof bassist and founder Lee Payne has unveiled an interesting tidbit in heavy metal history as he has provided some details about his former Cloven Hoof bandmate Russ North‘s audition with Iron Maiden to replace Bruce Dickinson back when the latter first left the band in 1993. 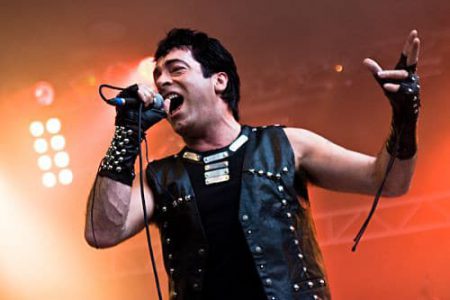 The following message was posted in part on Payne‘s Facebook page earlier today:

“Metal Temple are Awesome! The only other thing I can add to complete my recent post honoring my brother Russ is after his Iron Maiden audition, Steve Harris recommended Mr North to Adrian Smith who had left Maiden to work on his solo project. Adrian sent some demos to Russ who in turn asked me to work on some melody lines with him. They were pretty bloody good too if I remember right, I still have them at home someplace. However Russ didn’t feel he wanted to commute to the South from the Midlands so he did not accept the job. So there you have it, trolls never bring into question the abilities of Mr North again ever!

On a lighter note before he began his audition with the Maiden lads he was told to be confident and not show any nerves. So he took that to another level! When the band was about to launch into num’ee as they called it (“Number of the beast”), Russ said he wanted to eat his lunch! Lol

🙂 They stopped and seemed a little pissed off to say the least. When he got home Russ asked me “Do you think I seemed a little over confident?” I replied “Er, well you could say that!” Who knows what could have happened if he hadn’t had those bloody stupid sandwiches? Lol.

🙂 Where ever you are Russ we love you!

OK no more Maiden mentions from me from now on… for future reference see the Metal Temple article. Lee \m/”